Bored With Americans’ Gas and Grocery Bills, Inflation Is Now Coming for Their Generosity

Is Inflation Making Americans Less Generous? A new report says yes! Nearly 1 in 5 Americans are tipping less — learn why in this article. 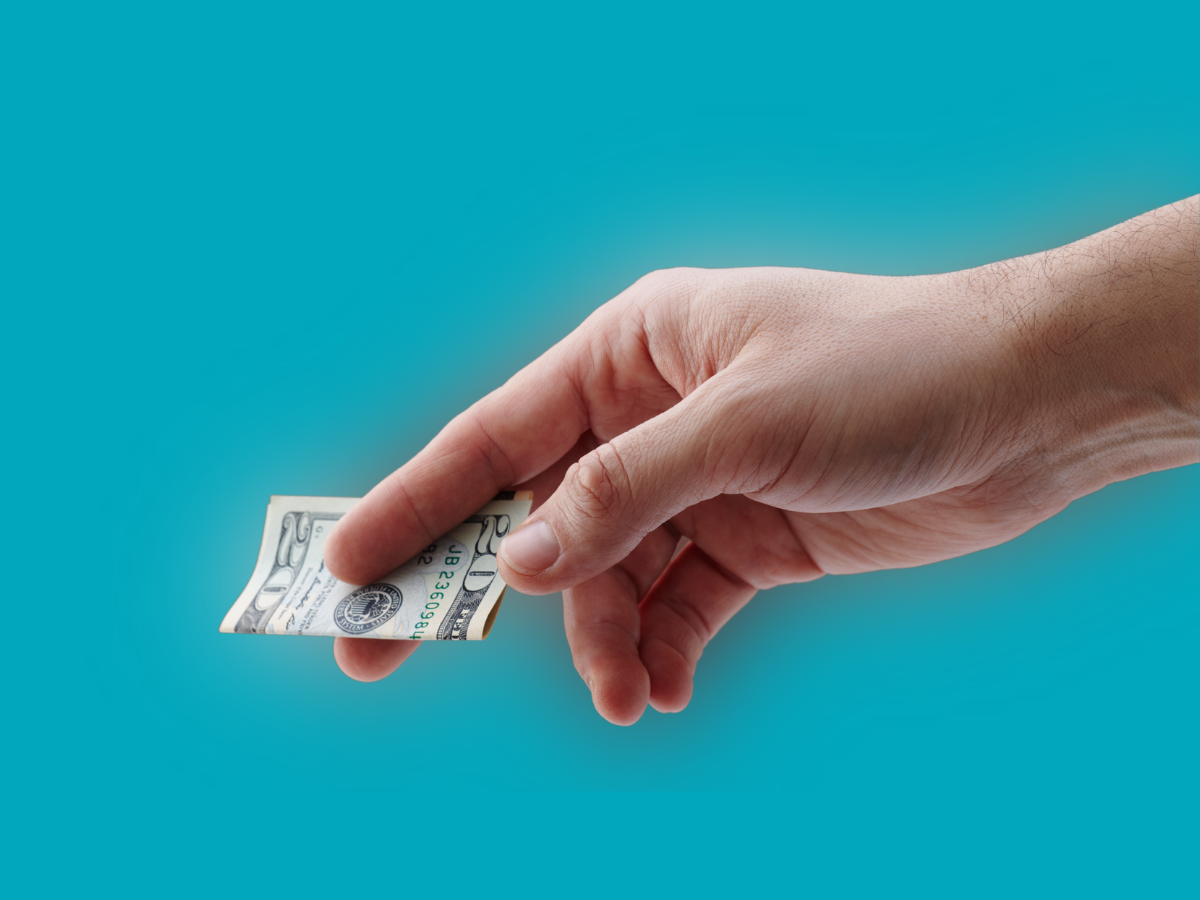 For months, inflation has luxuriated in driving up your gas, groceries, and other household expenses — now on the prowl for its next target, it may be coming for your generosity. Recent data shows that nearly 1 in 5 Americans have begun tipping service workers less due to inflation, a concerning shift for a demographic already on unstable financial footing.

A new report from PlayUSA illuminates several intriguing trends in the current tipping habits of Americans. However, beyond the individual data points lies a fascinating story about tipping etiquette, generational divides, and an ongoing struggle between compassion and compensation.

Has Inflation Crossed the Tipping Point?

Per the PlayUSA report, many Americans have been tipping less than they’d like.

Out of more than 1,000 respondents, 17% admitted to tipping less in 2022 than they would otherwise due to economic factors.

In a climate where most workers’ wages are not keeping pace with inflation, many feel the economic squeeze on day-to-day life. With tighter budgets and reduced discretionary income, some households now turn to the viable but unfortunate option of reducing how much they tip in restaurants, coffee shops, and other businesses.

This development takes the economic struggle many Americans presently face and forwards it to frontline service workers, many of whom already face financial insecurity.

Multiple sources have accused large corporations of using recent inflation as a smokescreen, a scapegoat to justify raising prices despite soaring profits. The coincident decrease in tipping may drive the casual observer to wonder: are 17% of Americans doing the same thing? Is inflation merely a cynical justification for miserly behavior?

Fortunately, other insights from the report imply this is far from the case.

A sizable portion of Americans may be tipping less, but other data points suggest economic strife is a legitimate cause rather than an excuse. Zooming out may give us more insight into the generosity of typical Americans toward tipping service workers.

In the past few years, many have used tipping to show their compassion for frontline service providers, who were often disproportionately impacted by the challenges of the pandemic. Specifically, 26% reported tipping higher amounts since the pandemic began, and 19% reported tipping for a broader range of services.

Where and when people tip also suggests empathy as a critical factor in their gratuity decisions. For instance, sit-down restaurant servers, whose federal minimum wage remains unchanged at $2.13 after more than 30 years, receive tips from 98% of their customers. On the other hand, home service and repair workers, who earn comparatively higher wages, receive tips far less often.

One possible conclusion from this discrepancy is that Americans are likelier to tip workers who rely more directly on that compensation to pay their bills.

The amount people tip in different settings further emphasizes this notion. For example, nearly two-thirds of respondents said they tip 20% or more in restaurants. By comparison, lower amounts are far more common in coffee shops, rideshare services, and food delivery.

These signs suggest the spirit of generosity is alive and well in typical Americans, despite inflation restricting their ability to show it.

One final angle from which to view the state of tipping in the US is through the prism of generational differences and the shifting sands of time.

Older generations appear to tip more consistently, although also more conditionally: 95% of Baby Boomers self-report that they always tip workers, compared to 84% each of Gen X and Millennials, and 74% of Gen Z.

On the other hand, 72% of the former two groups base their tip on the quality of service, whereas 35% of the latter two pay the same amount regardless.

Many factors influence this trend, such as the usual gap in discretionary funds between older and younger adults. However, far more compellingly, this data highlights shifting cultural attitudes towards tipping, as well as how and why we do it.

Across all age groups, most believe tipping etiquette has changed in the past three years. Additionally, 3 in every 5 Americans say they would like to remove tipping altogether, following in the footsteps of many other countries.

A decisive majority of Americans would rather not have to tip, yet an overwhelming majority still do, even in the face of historic inflation. Despite their widespread rejection of the current system, most Americans still aren’t willing to leave frontline workers footing the bill.

Tipping the Scales of Generosity

This data gives us a fascinating look at who is tipping in the US, plus how much and why. Each statistic offers valuable insight individually, but together, they tell a story. It is a story of ordinary people of all ages doing their best to support and recognize each other despite conditions hindering the effort.

This research shows that people want to be generous. They want to reward hard work and support service industry members amid trying conditions. Unfortunately, inflation has challenged that instinct and made it harder for the support to flow. But, at least for now, the generosity of the human spirit appears resilient enough to weather the storm.