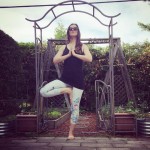 Hi there readers! I'm bride blogger Danielle and I'm excited to be a part of BSB!

5 fun facts about me:

So, how did we meet? I met  Dan in university. We were both event planners, but for rival faculties. I was the social programmer for Arts, while he was the social programmer for Engineering. While there was undeniable attraction, we always seemed to each be dating someone while the other was single. Nonetheless, we were great friends and spent many evenings partying and laughing. We even worked together on a campaign to save the university bookstore and succeeded. Finally, after undergrad, the stars aligned and we were both single at the same time. We agreed we should finally give the whole dating-each-other-thing a try, and from there, things just kind of fell into place!

But let's face it ladies, you're here for the wedding stuff! We're getting married in just 3 months on July 28th, 2012. Here is the run-down.

$15,000 is an absolute max. This is also the amount of money we are willing to put out, but not necessarily the cost of the wedding. What I mean is, we have a few cost recovery strategies for the wedding, so in a sense we're hoping this won't be the bottom line. Also, our wedding budget spreadsheet has EVERYTHING in it. I find a lot of people don't put things in their budget by justifying they'll use it later. This is not the case for us.

Location: We're getting married and having the reception at my Godparents' lakeside house. It's also where we've spent our summers for the past five years and where we got engaged (story to come)! It's in the backwoods cottage country of Quebec. We've decided to go the outdoor wedding route, which is risky, but since the venue means so much to us, we're risking it! Fear not, we have a giant tent, but are really hoping to be out in the sunshine!

DIY Projects We Plan to Tackle or Have Tackled:


You guys are getting to know me right during crunch-time: 3 months until the wedding and wrapping up my teaching year at the same time! No worries though, I'm excited to blog about my experience and share everything with you! Looking forward to it! <3

Editor's note: Due to the pandemic, some of the general wedding planning advice we share may not be applicable or possible due to restrictions on events. Please adhere to all current regulations and stay safe and healthy! Get more resources for planning a pandemic wedding here.