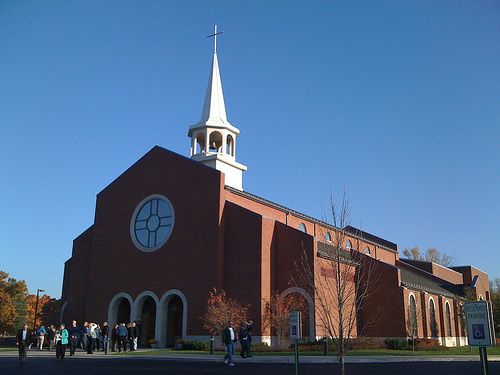 We had a date, we had a reception site, now a church.

Nate and I were both raised Catholic, but if we’re being completely honest, getting married in a church wasn’t a huge priority on our part. I wanted to get married outside with all of the beautiful colored leaves around us. It had been a dream of mine since I was younger, unfortunately, that dream is not being recognized. I’ve come to terms (bitter terms, but terms none-the-less) with it though, what matters most is that I’m marrying my best friend.

Both of our families INSISTED we get married in a church, so a church it is. There is only one Catholic Church in Ligonier, Holy Trinity Parish. Lucky enough for us, it’s beautiful and newly remodeled. The not so lucky part is the price… $500. Now I know that doesn’t seem like a lot of money, but it’s money that could have been going to our catering bill for our large guest list.

So far, getting married in a catholic church has consisted of getting approval from my home church, hunting down our original birth certificates, many phone calls back and forth to verify that our date was available, an initial meeting with the Monseigneur (where he told us we were living in sin because we were living together), and 5 weeks of premarital counseling with a couple we had never met before (more on that later).

My experience so far has been exhausting and kind of frustrating. I’m hoping it’s just the diocese the church is located in and not all Catholic Churches. I hope your church ceremony planning has been easier. 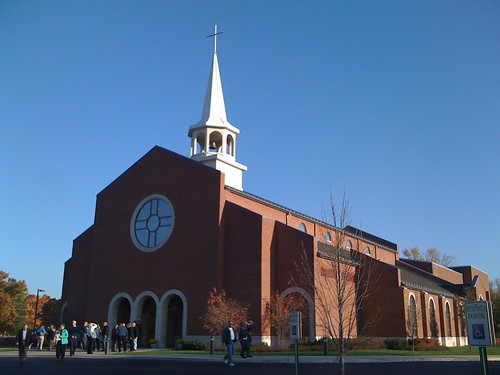 You can find more about the church here if you’re interested.