Our Rehearsal Dinner Ideas and Plans 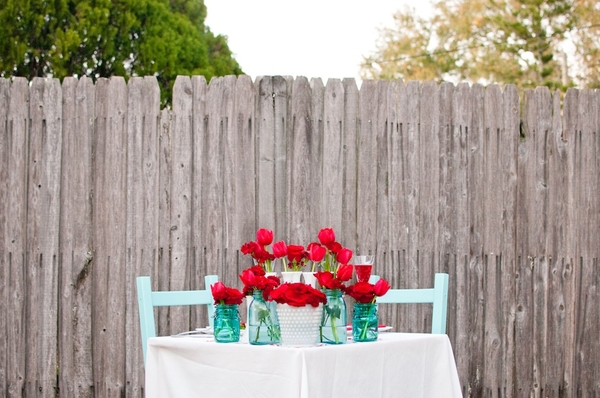 Hey, y’all – wanna know all about The Boy and my plans for our wedding rehearsal dinner? Traditionally, the groom’s parents host it but… y’all know we ain’t traditional. And that means that the Boy and I are hosting our own rehearsal dinner. At our house. Post rehearsal. But two days BEFORE the wedding date (instead of the usual day before).

There are a million reasons for this. One, we’re adults and our parents aren’t paying for any part of our wedding – which includes the rehearsal dinner. We’re doing TWO days early because I want people to be able to come to the rehearsal right after work, rehearse, and then enjoy themselves (and drink if they want without anyone being hung-over at the ceremony). Also, I haaate seeing people have a rehearsal and dinner the night before and then feel all pressured to stay up all night DIYing/setting up. Or they’re so worried about getting a good night’s sleep that they rush through dinner and don’t get the opportunity to enjoy their wedding party’s company. I did not want any of that. So, the Thursday before our Saturday wedding is perfect for us. 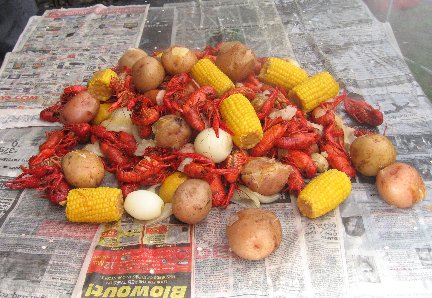 Now, we have about eight billion people in our wedding party – mostly kids. That means that we have to invite all of them + parents + spouses + siblings. That comes to about 50-60 people. Yep… 50-60 people. So, obviously dinner out at a nice restaurant was going to be ridiculously expensive. And that’s when we decided to host a seafood Cajun boil! This is one of my ABSOLUTE favorite meals when we visit Rockport every summer and I just knew that our Missouri, California, and Alaska wedding party members/guests (basically 90% of the rehearsal dinner guest list) would adore it and find it fun and unusual.

For us, a seafood boil is not only a regional dish but it just makes great financial sense. We are stupid lucky and have access to hundreds of pounds of fresh caught (that day) wild Gulf Coast shrimp for a VERY affordable price – add in inexpensive corn on the cob, local-ish crawfish, potatoes by the pound, and some tasty homemade sausage and we’ve got ourselves an inexpensive but memorable rehearsal dinner. We’ll be finishing it off with chunks of homemade wheat bread, melted butter, hot sauce, and lots of ice cold beer and soda. For dessert? Empañadas on a stick and strawberry shortcake (made with Southern biscuits and homemade whipped cream!). This menu is not only affordable but makes great sense for a crowd since it requires no utensils and offers something for everyone (the vegetarians, the gluten-frees, and so on… Luckily, we’ve no seafood allergies in the bunch!). 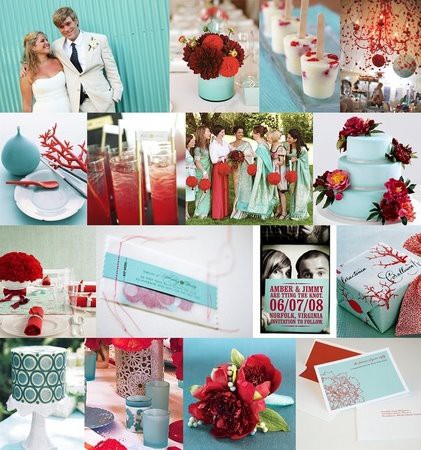 But next is the décor. I love the colors aqua and red and plan on using them heavily for the rehearsal dinner since… about a year ago I was gifted with an enormous stack of red and aqua blue gingham fabric. Not my style personally but PERFECT for a seafood boil wedding rehearsal dinner! I’m thinking of layering some of the red gingham under a thick layer of newspaper on the main eating tables and then doing up the dessert and beverage tables with the aqua gingham. As we speak, my best friend and her stepdaughter (my Matron-of-Honor and a Junior Bridesmaid) are making me 50-60 red gingham cloth napkins for the dessert table (we’ll use rolls of kraft paper towels on the seafood table [along with mini bowls of lemon water for cleansing]). So, what are y’all doing for your rehearsal dinners?