I came across a really nice looking card box on Pinterest the other day that linked back to the site where you could purchase it.

While it was very nice looking, $79 was too much for a card box for our budget. I figured I could make something comparable for about 10% of that. So, I was off to Michael’s for my supplies:

Once I purchased everything I needed, I got to work. There were a couple other supplies that I needed that I already had at home (scissors, box cutter, tape, cardstock). I started by measuring and marking the slot for the cards. 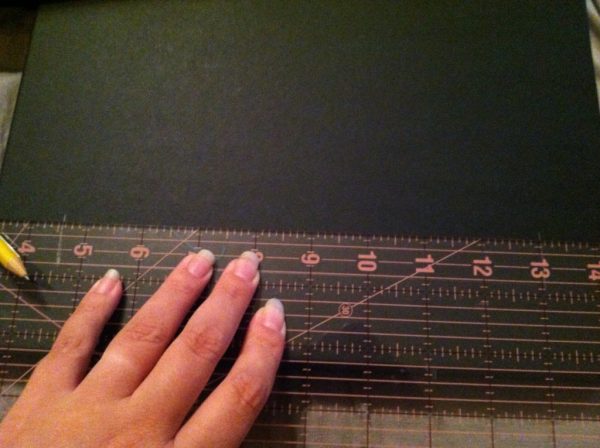 I wasn’t sure exactly how big to make the slot, so I just measured in about 1.5 inches from the edges and then marked my slot before I cut it using my box cutter (an exacto knife would have been better and easier to use, but I decided to use what I had on hand). Before I started cutting, I scored it using the hard edge of my ruler, so I’d have a guiding line to make my cuts. After that, I slowly cut through and removed the slot. Since the box was cardboard, the innards of the box were light brown and that looked a little awkward. So I decided to take a black sharpie and color the inside of the slot so it was the same as the box. 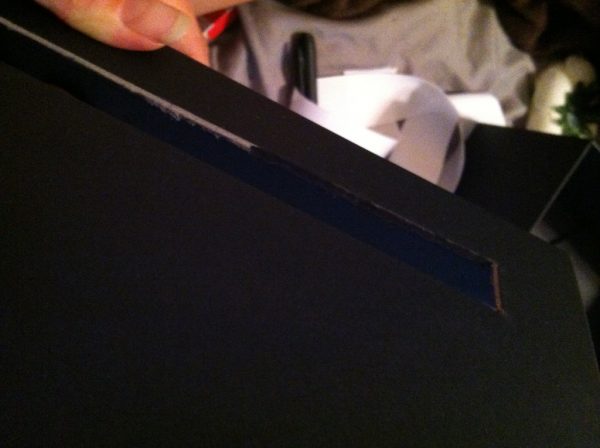 Once the slot was colored in, I was much happier with the way that it looked, much more finished looking. 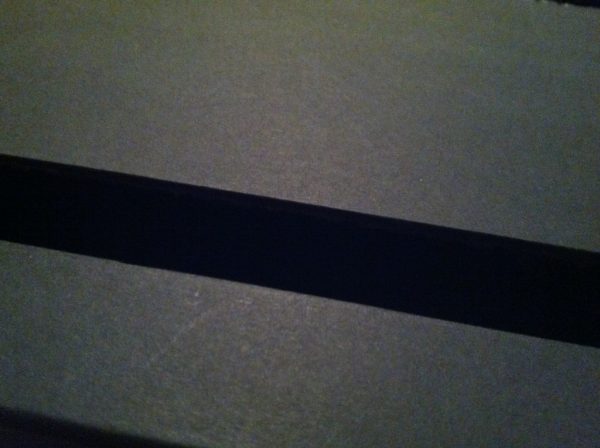 Now it was time to decorate the box, the first thing I needed to do was cover the part of the box that made it obvious it was a photo storage box, like the metal tag on the side. I decided I would cover it with ribbon to mask it. I put the seam of the ribbons underneath where the monogram card would go on the front. 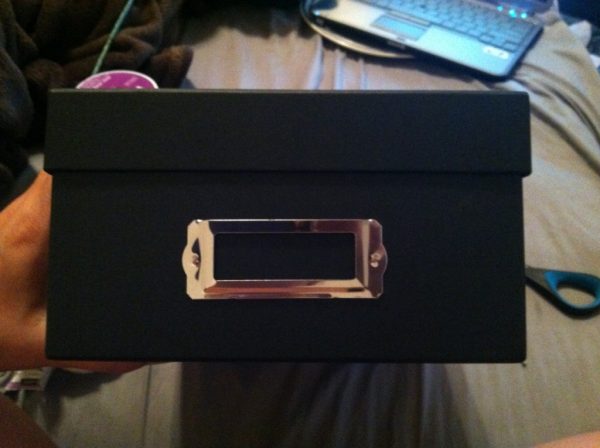 After I wrapped that, I got to work on the top. I decided to wrap a solid and sheer white ribbon and gather them underneath where I would put the flowers that I bought.  To gather them, I just tied a knot so they would naturally gather. Then, I placed the flowers to cover the knot and this is what I ended up with. 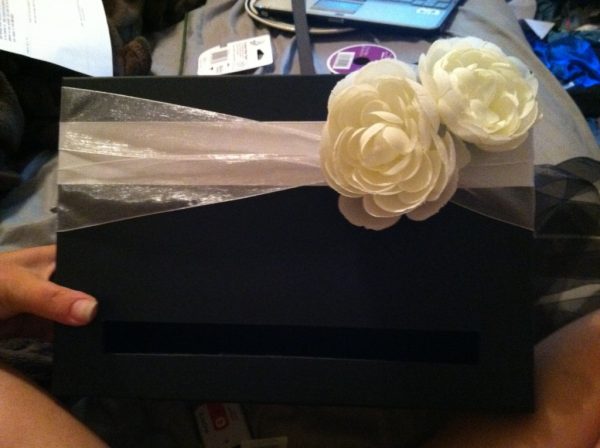 Then I created the card for the monogram using this site as a guide for creating it. Once I created it, I cut a background from a piece of cardstock I already had and mounted them to the ribbon with tape. 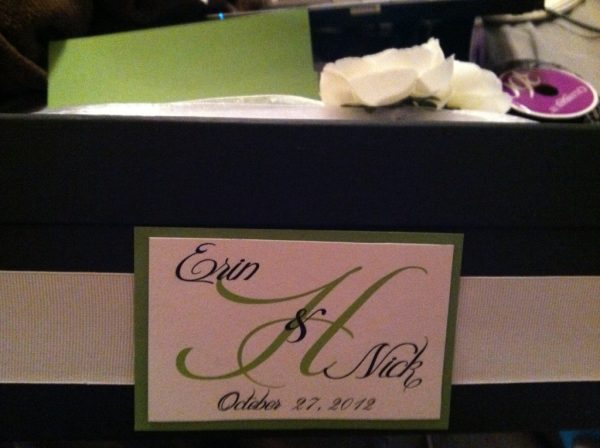 Here is the final DIY Card Box, I’m pretty happy with it, especially for less than $9 and only about an hour worth of work. I ended up adding a black lace ribbon to dress it up a little more. Is it as fancy as the $79 version, no, but will it work just as well for our wedding? Yes! 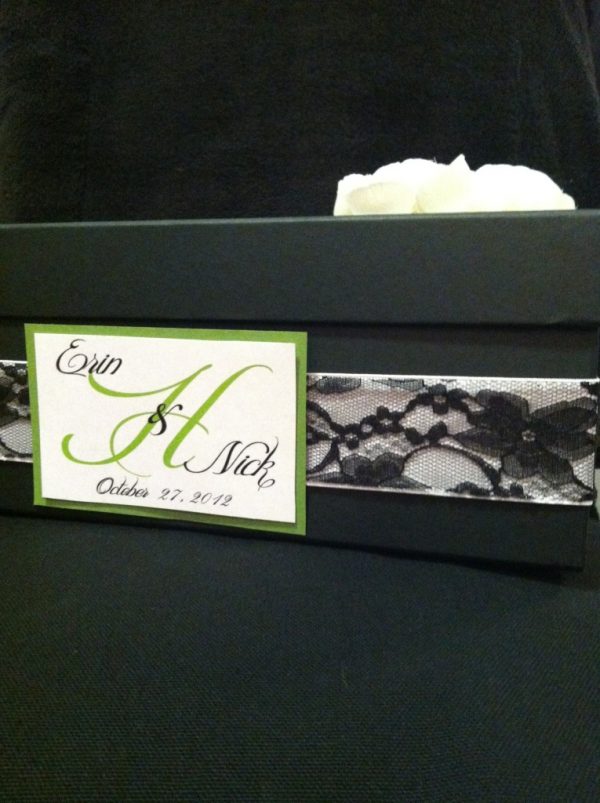