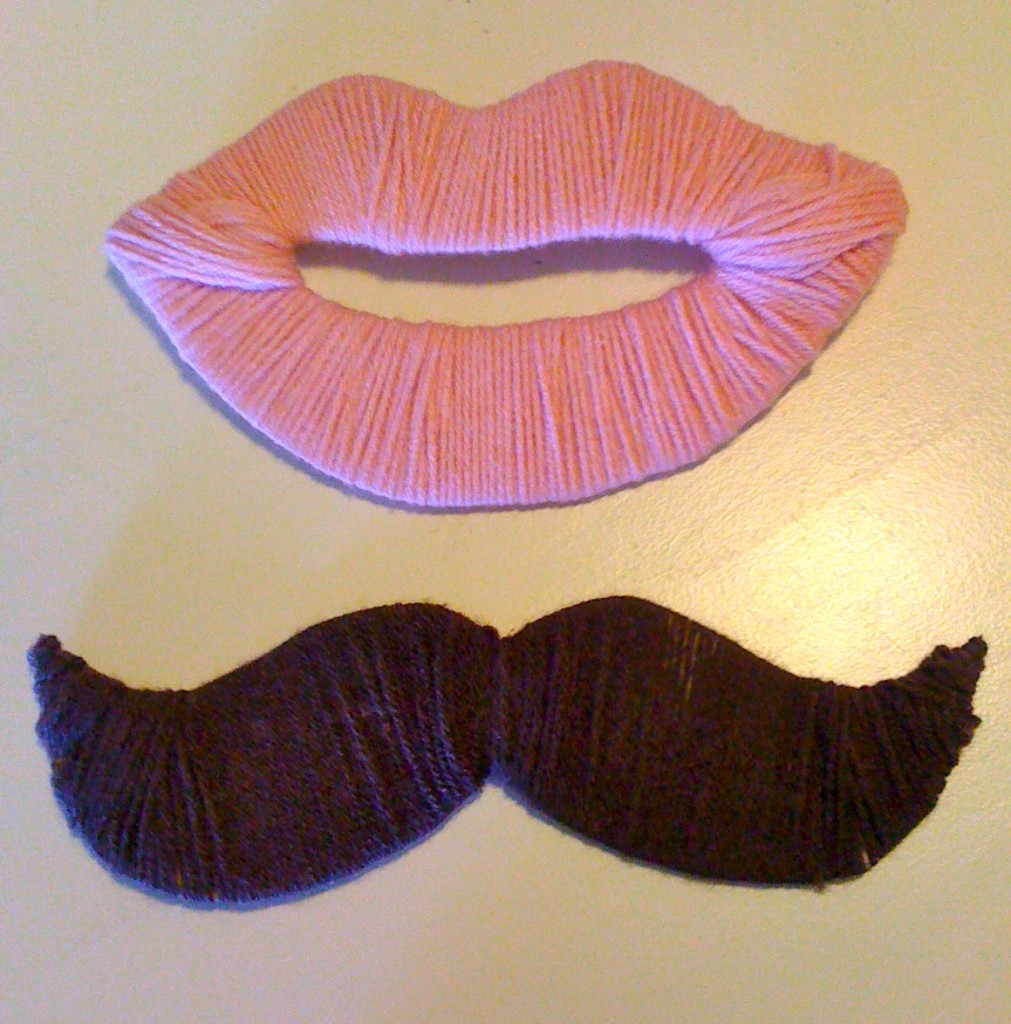 Now that you have seen our awesome invitations, I can show you this fun and easy project which can be used for all kinds of events! I originally saw this idea over on Evie S. for a yarn wrapped monogram. 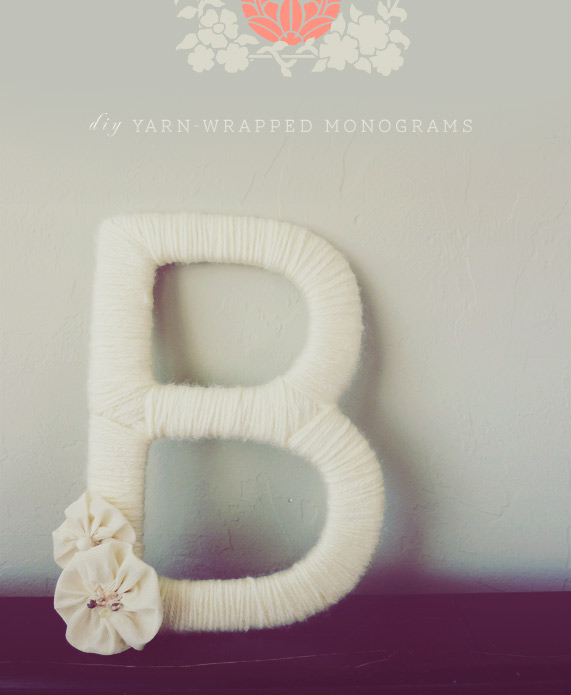 Even though it was intended for a baby shower I loved the sweet vintage look of it and figured I could do something similar for our wedding. Now, I could have done letters (M and M in different colors, for example, or my new last name), but after using the images of a mustache and lips on our invites I thought those would be fun to do and could be used to decorate the bride and groom chairs.

So I followed Evie’s tutorial but not super closely. She suggest printing out your letter or image or whatever you are using in the appropriate size to then trace on a piece of cardboard. I just freehanded it though because I was lazy. Also, she uses a cereal box, as this is a good size to work with so I did the same, resulting in a sturdy but flexible shape. If you want something stiffer I would recommend using a box made with thicker cardboard.

I grabbed the bag of yarn that sits in the corner of our bedroom and found a lovely pink shade for the lips and a nice brown for the stache. After cutting the shapes out of the cardboard I started in the center and wrapped the yarn all the way around like so:

Rounded edges can be tricky, as the yarn will tend to slide.  This is where glue comes in handy. I used hot glue, just a little bit on the back will help keep the yarn in place. You can also use spray adhesive but I found that to be a little messier. I started at the center and worked my way out on the mustache, repeating the process for the opposite side. The lips are a little trickier and take a bit longer to wrap but it’s not difficult. I only did one layer as I found this was enough but Evie did several and if you like that look and have the patience you could do as many as you like!

All that’s left is to tie on a ribbon and hang them on our chairs! In the meantime they make great props!

You could really make any shape, letter, or number you like! Be forewarned though, if you have a cat, I suggest not leaving these out where said cat can reach them. Otherwise this happens:

Luckily, it can be easily fixed!