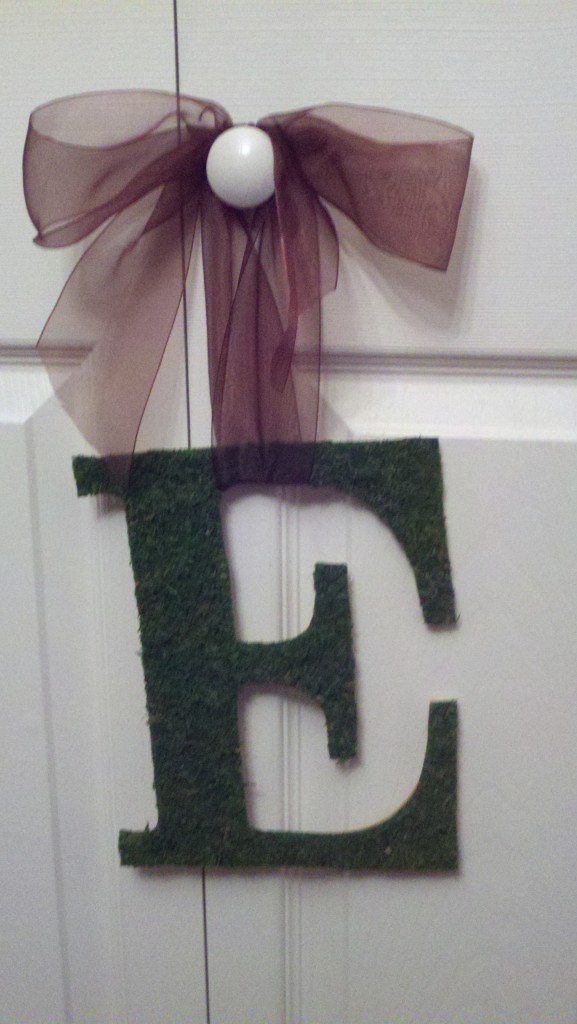 With the wedding date closing in, I’m beginning to realize that instead of just buying supplies and PLANNING my DIY projects, I need to actually start completing them.  One of the first photos I had seen that that kind of set the tone for what I wanted our wedding style to be, were moss-covered monograms (strange, I know).  They’ve since become more popular, and after reading an couple of tutorials for ideas, I bought some supplies to get started.  One thing I’m starting to realize with DIY, is that it’s always smart to price your supplies BEFORE buying/starting anything.  Oddly enough, even though sometimes you can make something yourself, it’s cheaper just to buy one pre-made.  The monograms  on ETSY start anywhere from $25 each, and skyrocket from there.  Obviously, in this case the DIY was a huge savings.

I had originally planned to sketch & cut my letters out of styrofoam, and then cover them with loose moss.  After reading a couple of tutorials, I decided to use moss mat by SuperMoss at Hobby Lobby (I ended up using about half of a package).  It’s so much easier to work with because it’s already fixed to a sheet that you can cut and work with, as opposed to trying to even out the clumpy moss that comes in bags.  In looking around at Hobby Lobby, I also decided to go with premade letters, as they were $1.99 each, which was less than the styrofoam I would have needed, not to mention much less trouble. 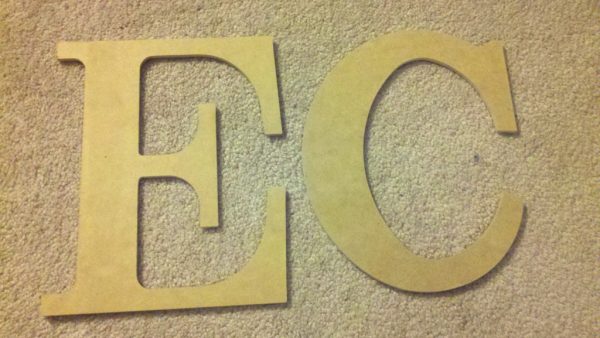 First, I took out my moss sheets, and traced around my letters on the moss backing with a Sharpie.  It may seem like common sense, but be sure to consider what side of your letter you’re covering, and trace accordingly, as you could end up with backwards letters.  I then carefully cut my moss on the pilot lines with scissors, making the pretty letters. 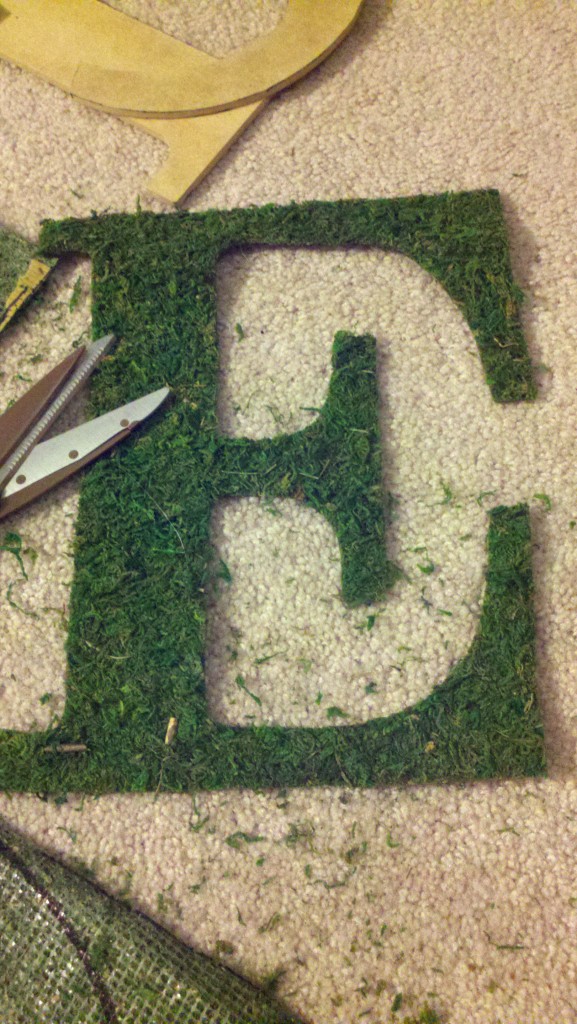 Next it was time for some careful hot gluing.  To avoid my glue hardening or becoming messy before I pressed the moss on, I chose to carefully move section-by-section, which seemed to work well.  I found it important to keep the rest of the letter/cut in perspective too, so that all parts of the letter line up, and nothing becomes stretched or “lumpy” looking. 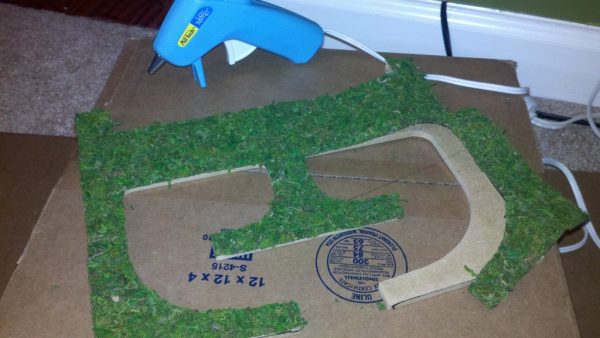 Lastly, I tied a nice ribbon to hang the monograms by (it looks burgundy in the terrible photos, but is actually chocolate brown).  I ended up making both an “E” and “C” to hang on the front doors of the Barn.  Eric & I will have the same initials after we’re married, so I thought this looked better than a three letter monogram with two E’s.  I also liked the fact that I can find a place for these to hang after our wedding.  For once, this project actually WAS as easy as it sounds!  My cost for the two letters and moss was about $7.

I’m pretty happy with the way they turned out. What do you think?