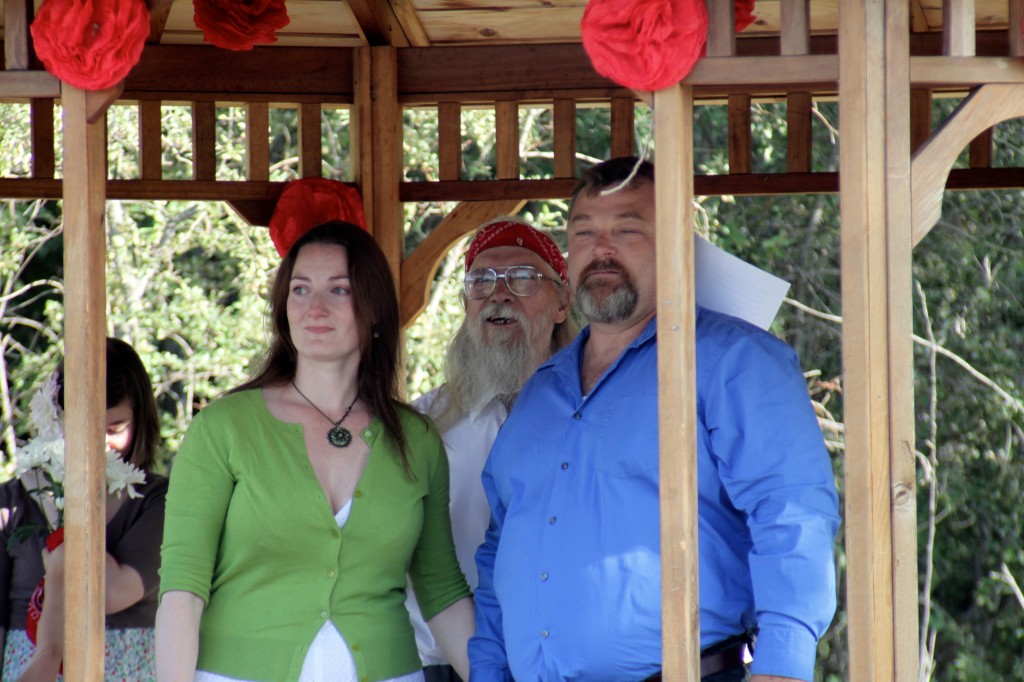 Recently someone was asking me about how the Boy and I are having two weddings and how we are handling family. What she wanted to know specifically was, “did we have to handle any tricky or delicate issues while planning the weddings and how did we manage them?” My answer to her? Well, it’s not pretty but…

I have this one sister who hates me (when I told this story to my Mother-in-Law she said, “That girl doesn’t just hate you. She REALLY hates you!”). Anyway, she’s not invited to the wedding in May but I didn’t have the time or energy to care about not including her in this one. Unfortunately, she ended up trying to make the entire thing about her (instead of… oh, the couple getting married or my dad). 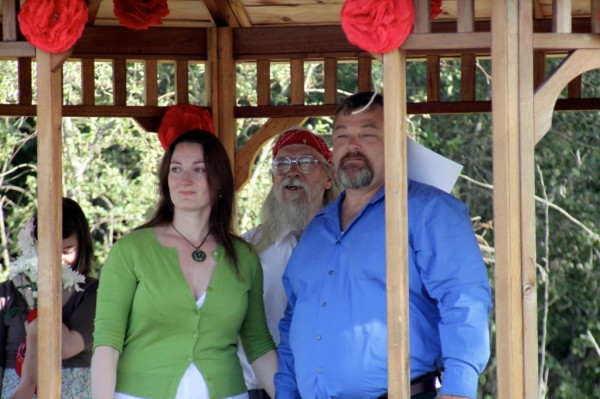 First, she arrived the night before the ceremony (when we were supposed to do a rehearsal and get chairs for seating) with a bag of material and announced to my mom and my sister that she needed them to make her a dress. A WHOLE DRESS. From scratch. And oh yeah – she’s had this pattern and material since 2008 (the receipt was still in the bag). So, all the little things I needed my mom and sister to work on so that we could have a rehearsal and set-up the ceremony site did not happen. Can you say frustrating???

Also, at the ceremony she kept shoving herself into pictures and it was really pissing me off. I only had the photographer for a few hours (and for free) so I really didn’t want to waste time getting seven million individual shots of her and her son.

And lastly, you know how at the end of the ceremony the parents of the couple always walk down the aisle with each other? Well, not in my wedding. No, no! Apparently, at my wedding, it’s totally normal for the sister of the bride to bumrush the ceremony after the couple kiss, grab the dad’s hand, and walk with him to the reception site (leaving the mother standing around without an escort). That? Pissed me off, too. Luckily for her I didn’t find out that stuff until days later when I looked at the pictures… because that might have been the point where I got stabby.

Handling this? I just grinned and beared it. She’s done this sh*t my entire life and my mom never stops her and acts like it’s everyone else’s fault when it happens. There was no point in getting angry (to anyone except The Boy that is) so I just moved on. My advice to all of you planning a wedding around someone else’s agenda? Concentrate on what you want and ignore the reason. Just move on and you’ll be much happier in the end.