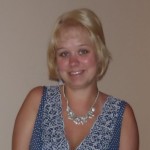 Well, we just passed the three-month mark in the great wedding countdown. Final projects are wrapping up, major changes are taking place, items are getting crossed off the to-do lists… So I thought this might be a great time to reorganize some of the giant “wedding mess” and take stock of what is what. And this led me to a realization: as careful with money as I generally am, I have been overspending on wedding items.

One of the first purchases I made was from a former destination bride. She posted a few items for sale on a forum I frequent (bestdestinationwedding.com). I knew I wanted my maid of honour and bridesmaid to carry blue parasols, and I had been toying with the idea of having a white one for me. She was selling two blue parasols, and two white ones – one white one said “Just Married”, and the other said “Thank You”. She was also selling blue and white paper lanterns – another item I had been thinking about purchasing.

Well, I went ahead and purchased the parasols, and the lanterns. With shipping, it came to $90.  I thought the price seemed okay; plus, I felt like I was helping out a former bride. The items came, and I like them… But I don't really need them now. And certainly not for $90.

I will bring it to the Dominican. The white ones might be nice for pictures, but really unnecessary. And the blue ones… well, it turns out I will only have my maid of honour there with me. So I really did not need that second blue parasol. If I had shopped around more, I probably would have found 4 blue ones on ebay, and then given one to each mom. Now I am stuck with an extra blue parasol. I also thought about bringing it along for me to use, because I like it, but I also have these extra two white ones. I am trying to figure out what to do with them. Maybe leave the white ones here to decorate the hall for our at-home reception and just take the two blue ones…  I really do not know.

Maybe it will depend on how much room I have when packing! Here they are: Like I said, I like them… I just do not think they were worth the money. I have seen ones for $5 a piece since I bought them; about half-price of what I paid.

Other things that I spent too much money on? Well, though they were not expensive, jewelry. I love jewelry and will wear it, but I bought some piece from etsy that I probably will not wear for the wedding. These I feel less guilty about, since, like I said, I WILL use them… But I am not sure I would have bought anything if I hadn't had the wedding in my mind. And even if it is a $5 pair of earrings that I thought I MIGHT wear to the wedding… well, if I do not, that was $5 I did not need to spend. So, it was wasteful. I also purchased outfits to wear for some “special” pictures I was going to take, and then give to my future hubby, for a wedding gift. Since plans changed, I was not able to use some of those items. I can repurpose them, yes, and they were cheap, but still unnecessary. Still wasteful.

This is why I made more comprehensive lists! So I would know what I do and do not need to buy, and so I can prioritize. I guess I just should have done it earlier.