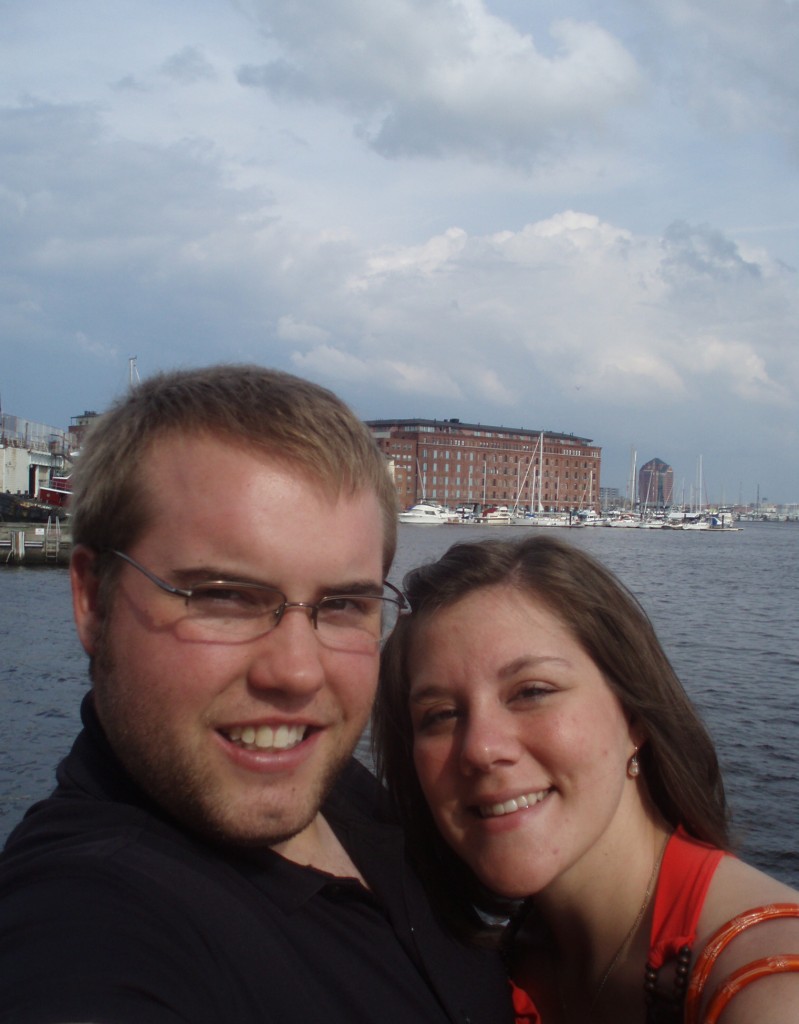 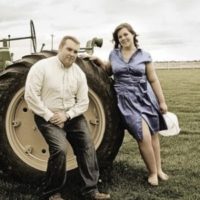 Please say hello to our newest bride blogger, Leah! She’s from Ohio and her wedding plans stood out to me because she and her fiance are planning a Kentucky Derby themed wedding!! How cute is that? She’s hoping to pull off her wedding for a guest list of 275 on a $12,000 budget- sounds like a challenge and I can’t wait to see how she does it! Please give her a warm BSB welcome! Hello fellow budget savvy brides! I’m Leah, a high on style and low on money bride like yourselves who is planning a wedding here in little ol’ Ohio. So, a little about myself: I am a total farm kid, which is part of the reason I am budget conscious. I grew up with parents who did not waste anything, a dad who could pretty much fix anything that might break and a mom who made everything from Halloween costumes to a 100-dozen Christmas cookies in one day. Nowadays, I just graduated with a law degree and a master’s in public policy and (very recently) was blessed to get my dream job in the legal department of a major farm organization where I have been interning. My dear fiancé, Ryan, is a vocational agriculture teacher for a small high-school where he has over 100 students who are enrolled in his courses or involved with the FFA group he advises. We both grew up on farms and in 4-H, and we love working with kids in the FFA organization now.

Funny thing is, Ryan and I actually met when we were about 9 years old and showing breeding hogs at the Ohio State Fair. Who would have thought right? We actually didn’t become friends until college at Ohio State, when we were both involved in the same agricultural service organization, and then didn’t start dating until we had both graduated. We had remained friends, and had begun talking a lot to each other on the phone when we both had a shock in the span of a week. I woke up one cold February morning to find my car stolen from my private parking lot. A week later, Ryan lost his family home to a house fire. These were both pretty stressful situations alone, but were exacerbated by my being in the second year of law school and Ryan being a first-year teacher. We really made it through that stress for the better with each other’s help.

Fast forward to the past June, I had just graduated and was in full throes of studying for the dreaded Bar Exam. The school year had ended and Ryan was into his slightly lighter summer schedule of visiting with students and helping them with their FFA projects. He was planning on going on vacation to Tennessee for a week, and I had originally planned to go with him but decided that I should stay and study instead. I should have known something was up when he made reservations. Actually, I did think something was up but I also thought it was too soon. Ryan kept throwing me off by telling me he was going to use his mileage check from school to pay for an engagement ring. I called one of my best friends (and bridesmaids!) and literally said, “Tell me that it’s NOT going to happen tonight, because I know it isn’t and I don’t want to get my hopes up!” She convinced me I was right, that he wouldn’t propose the night before he left me for a week.

He took me to dinner at one of our favorite places, and went all out: appetizers, drinks, dinner and dessert. Because I had just graduated from law and graduate school, I still lived near our college campus. Ryan told me we should walk over to see the new library (which was actually about 6 months old at this point) that I had been bugging him about going to see since it opened. As we walked to the library, I asked him why we didn’t take the Long Walk, but he said we would do it later. The Long Walk is a tradition at Ohio State for sweethearts, who walk together, arm in arm, down the pathway in the middle of the Oval. It stems from a time when the college president, also a minister, used to marry graduates as they received their diplomas at the end of the Long Walk when graduation was held on the Oval. After taking me to the top floor of the library and looking out over all of campus, he hurried me back downstairs. We walked down the Long Walk to a whispering wall, where Ryan sang “You are My Sunshine,” the song my late grandfather always sang to my grandmother. He asked me if I had visited the Whispering Arch nearby, and I hadn’t. As I stood facing one side of the arch, and he the other, he whispered he loved me and had a question for me, but I needed to turn around. As I turned around, there he was on his knee in the middle of the arch. It’s a good thing the arch holds in all the sound, because I was laughing and crying all at the same time, but I did say yes! As he put the ring on my finger, he told me it took him 4 months and 7 jewelers, but he had finally found a perfect ring for me.

Now, we are planning our dream wedding all with a race-horsing, Kentucky Derby-esque theme. We’re trying to keep the budget at $12,000 without sacrificing too much on our “priority” items (those being space, food, and photography). We will also have the challenge of having about 275 people in attendance (we both have big families!) and all during high-wedding season of July 2011. Even though Ryan is a teacher, agriculture teachers do not get the summer off in any shape or form. We had a very small 2-week window where we knew we could get married and honeymoon around all of his commitments to his students, so July it was!

We are trying to be a budget conscious as we can in all aspects and getting a lot of help from our amazing families and friends. My idea is that we didn’t get to this point, a wedding, without the help and love of family and friends, and I want the wedding to be a celebration of all of that love and support. I’m so looking forward to talking with all of you, hearing about your weddings, your ideas, and tricks for saving a little moolah! Thanks for having me!