Lance and Heather’s pumpkin themed fall wedding had lots of adorable details- from the pumpkins to the leaf cookies- they really followed through with their autumn inspired wedding. This couple used pumpkins in so many interesting ways! As decorations for their altar and aisle, as glowing centerpieces at their reception, even painted on some of them- and the effect is just beautiful! Their reception looks just magical with the glowing pumpkins and the leaves dangling from the ceiling- so incredibly creative- I just love it! This wedding was very DIY heavy- with some DIT (do-it-together!) thrown in with help from family and friends! Another interesting thing about this wedding is that the GROOM did much of the detail and DIY planning, and he is also the one who filled out the questionnaire! A first for BS-WOW! So cute. Hope you love this wedding, and the photos by Joe Hendricks Photography as much as I do!! 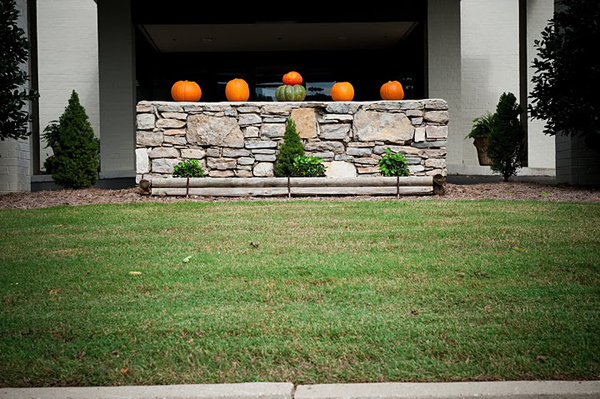 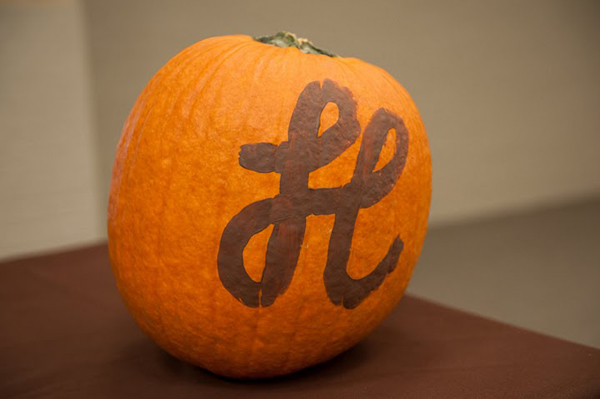 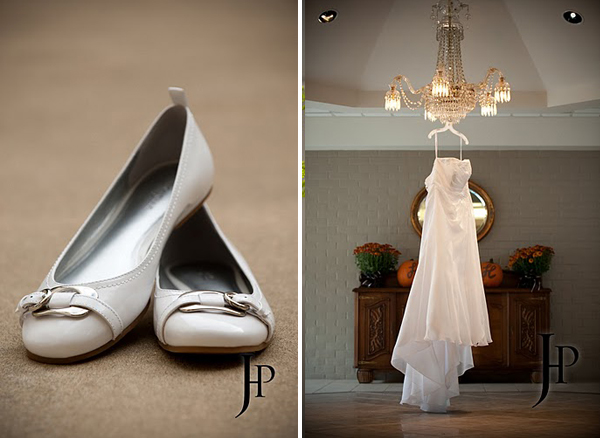 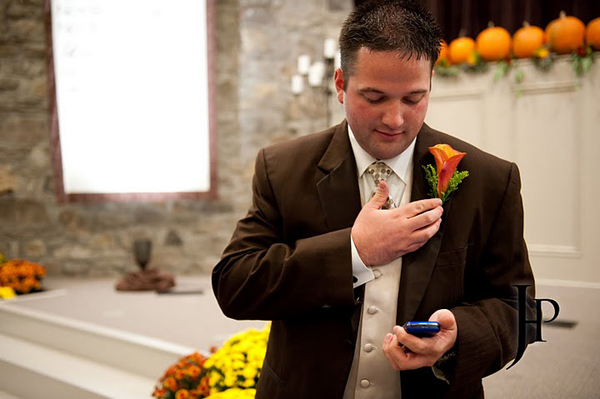 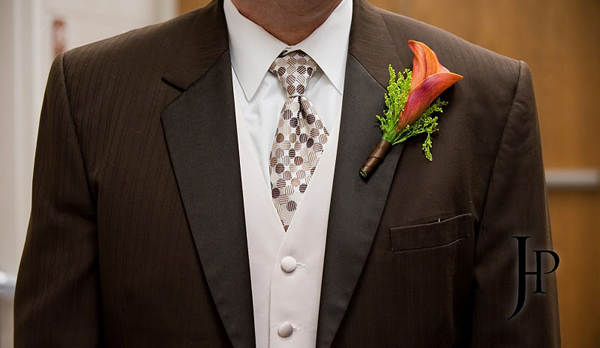 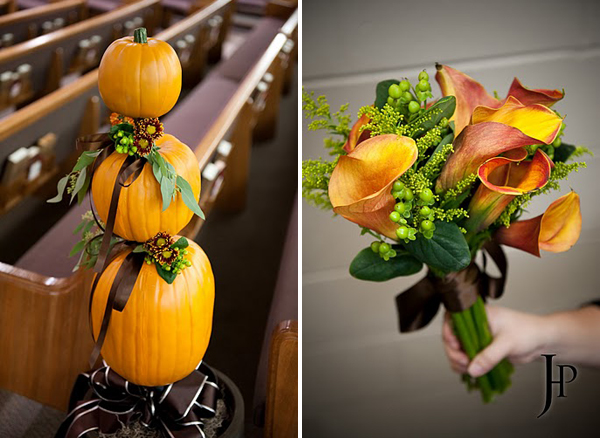 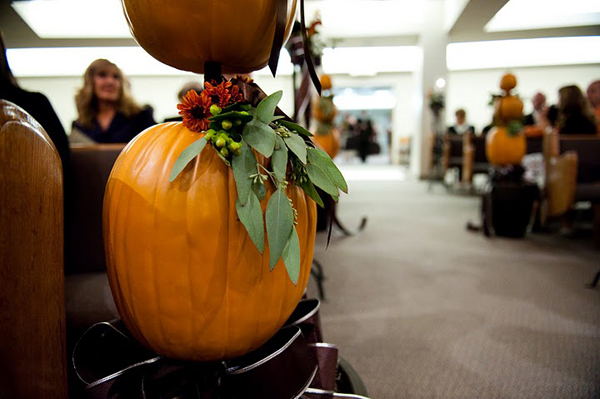 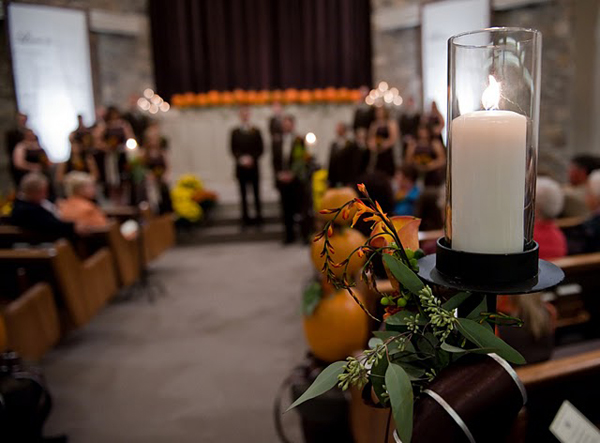 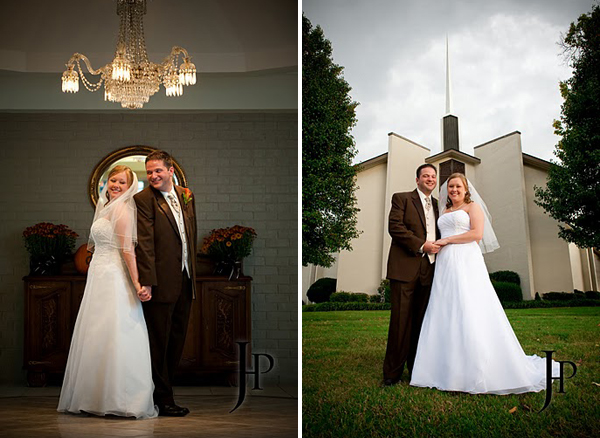 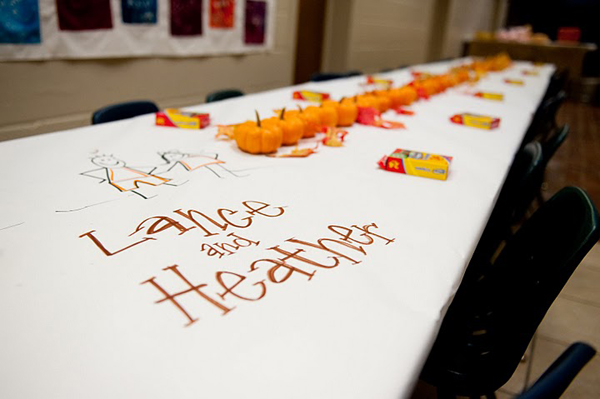 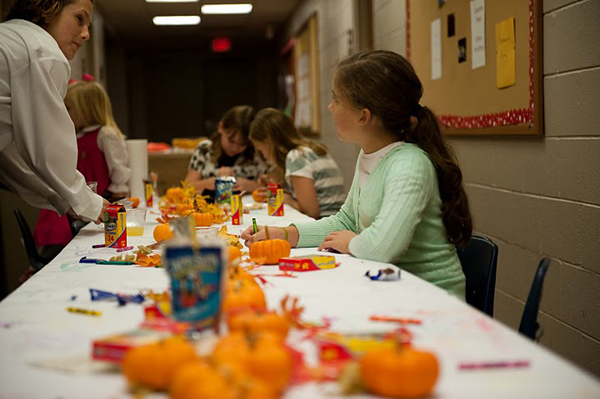 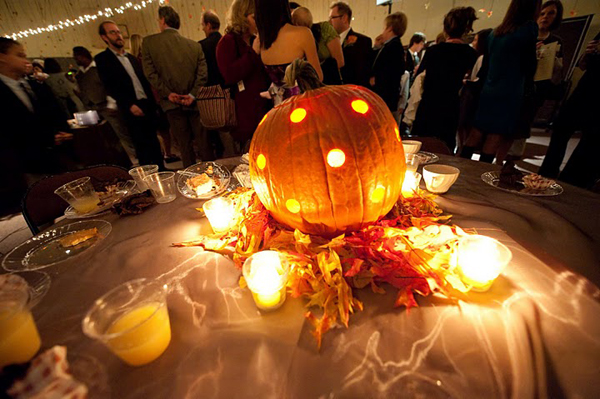 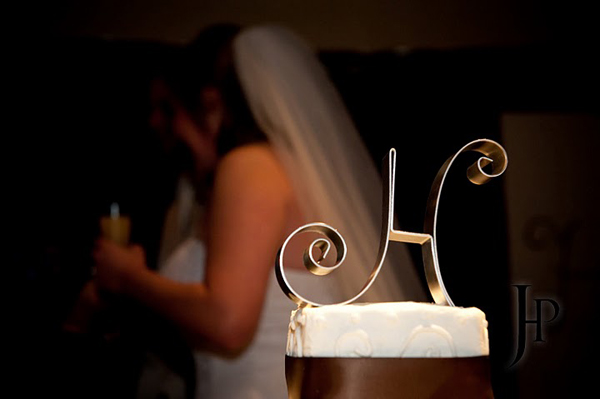 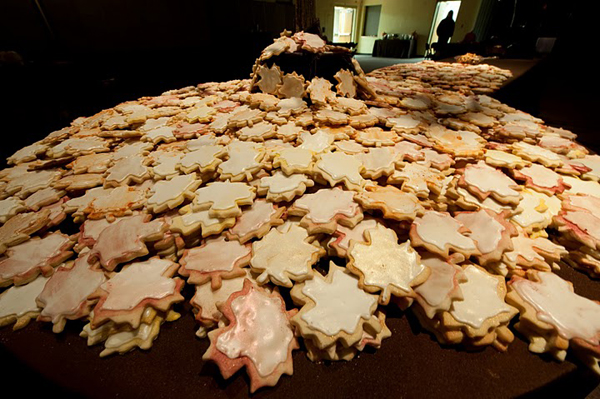 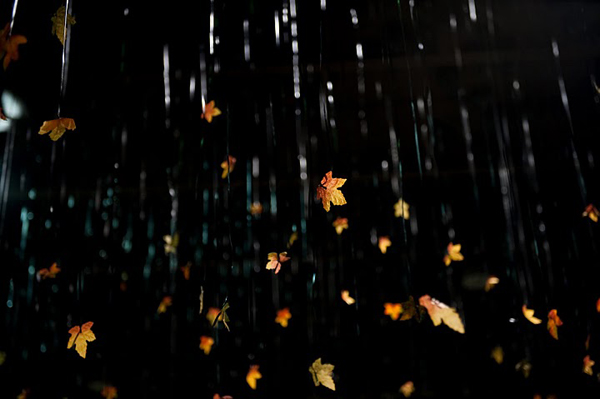 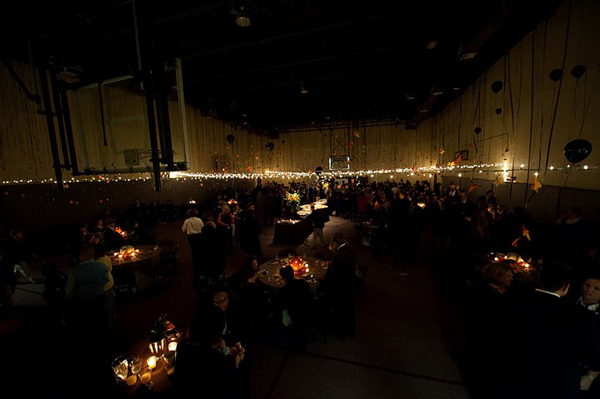 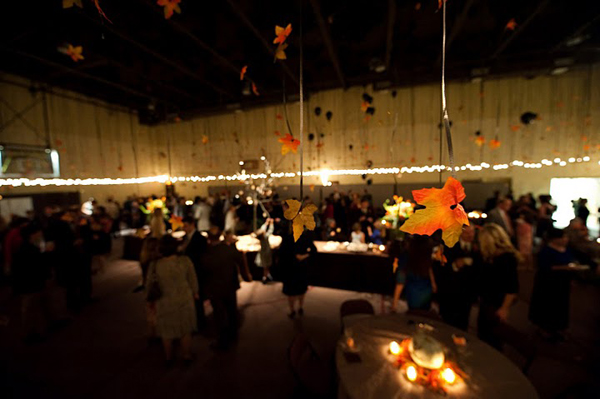 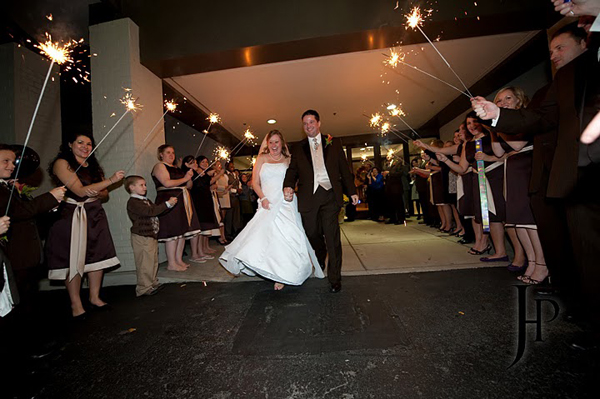 What was your budget?

To be honest, we did not have a set budget. We started paying off things early…bought ribbon, wreaths, etc about a year in advance. Our rough budget was about $4,500 with several goods and services donated by family and friends.

How many guests did you have?

What creative or personal aspects did you include in your wedding?

Since we had a fall themed wedding, everything revolved around fall. We did not want to spend thousands of dollars on flowers…because it was a one time venue and they would wilt the next morning. Therefore, we went to a pumpkin farm in West Tennessee and picked up about 35 pumpkins. We used that as the basis for our wedding. We lined the ledge behind us with pumpkins…then put a few fall colored flowers/greenery in between each pumpkin. Finally, we lined the front of the stage with fall colored mums…wrapped in an elegant brown/silver ribbon/bow. Throughout the foyer of the church, mums and pumpkins were placed everywhere. All of the mums were wrapped in the brown satin ribbon. I then took brown acrylic paint and painted a cursive “H” on the pumpkins to represent our last name. To line the aisle, I thought it would be neat to have pumpkin topiaries. Therefore, I went to Michaels, bought the fake pumpkins, drilled holes in them, and stuck a small pipe through them into a big can full of concrete. We then placed them into a big planter that looked like an acorn. Finally, the florist decorated them with greenery and brown ribbons. They were perfect! And…they now adorn our front porch at fall time…..they’ll be a yearly decoration that we will continue to cherish for years to come.

Our reception was held inside the gymnasium. Therefore, as you would think…it’s UGLY! We checked into a lighting company, and it was going to cost $2,500!!! That was a definite NO! However, we knew we did NOT want to use the overhead gym lights. We came up with a spectacular idea that looked amazing and was not too expensive. The end result was amazing! We bought 2,000 helium balloons (black), black curling ribbon, and silk fall colored leaves. The morning of the wedding, we blew up the balloons, tied black curling ribbon to the bottom, and then tied a silk leaf onto the bottom of the curling ribbon. A few short hours later, the end result was immaculate! It felt like leaves were literally falling on you. We then strung simple white Christmas lights in an “X” pattern to provide some additional light. We then strung little can lights to go over the food table and cakes. Besides that, we had no other additional lighting besides the candles on the table. The end result was very elegant. On the tables, each table had a pumpkin in the center. I took a drill and drilled several holes in them to allow the candle light inside to cascade through. Some tables had white pumpkins with brown paint monogramming or the cursive “H.” Around the pumpkins were a bunch of fall leaves…then plain votive candles were placed around the pumpkins. Since the tables had a shimmery brown fabric on top of the cream colored table cloth, the fabric caught the light of the candles for a cool effect. We also knew that we did not want to spend thousands of dollars on food–especially since we knew we were having several hundred guests. Therefore, we decided to have a dessert reception complete with sugar cookies, cheesecake squares, nuts, wedding cake, grooms cake, punch, and coffee. The centerpiece of the entire reception featured a “cookie tree.” We MADE 1,600 sugar cookies (maple leaf shaped), iced them, then used pearl dust to give them a shimmery fall color. We then literally went outside, cut down a tree, and put it in the center of the food table. We then tied several cookies to the tree….and the rest were cascading down from the tree all over the table…giving it the effect that they had “fallen.”

What was the biggest thing you did to save money?

We had friends/family members help bake all of the cookies. They baked them, gave them to us, and we froze them until wedding time. They were made months in advance. Also, being creative and thinking of other ways to make the wedding pretty without the use of flowers…since they are so expensive!

What’s the best advice you have for planning your wedding now that you’re on the other side?

Start early– you can save lots of money if you give yourself time to make things in advance and do lots of DIY projects.

What was your biggest splurge?

One of the biggest splurges we had was the balloons, curling ribbon, and leaves….but it was totally worth the price–plus, way way way cheaper than hiring a lighting company…plus, we achieved a better atmosphere than with just lighting alone.

What was your favorite detail?

The balloons with the leaves hanging from the ceiling. The effect was so amazing!

What is the most memorable moment of your day?

When the preacher asked, “Are there rings?” the groom pulled out a sparkly, light up ring that you would find at a carnival………it was hilarious! Then, to top that, the matron of honor forgot the groom’s wedding ring. Therefore, with the preacher’s quick thinking, he pulled off his wedding band and handed it to the bride………..the audience never knew!

No vendors were used besides Joe Hendricks photography!