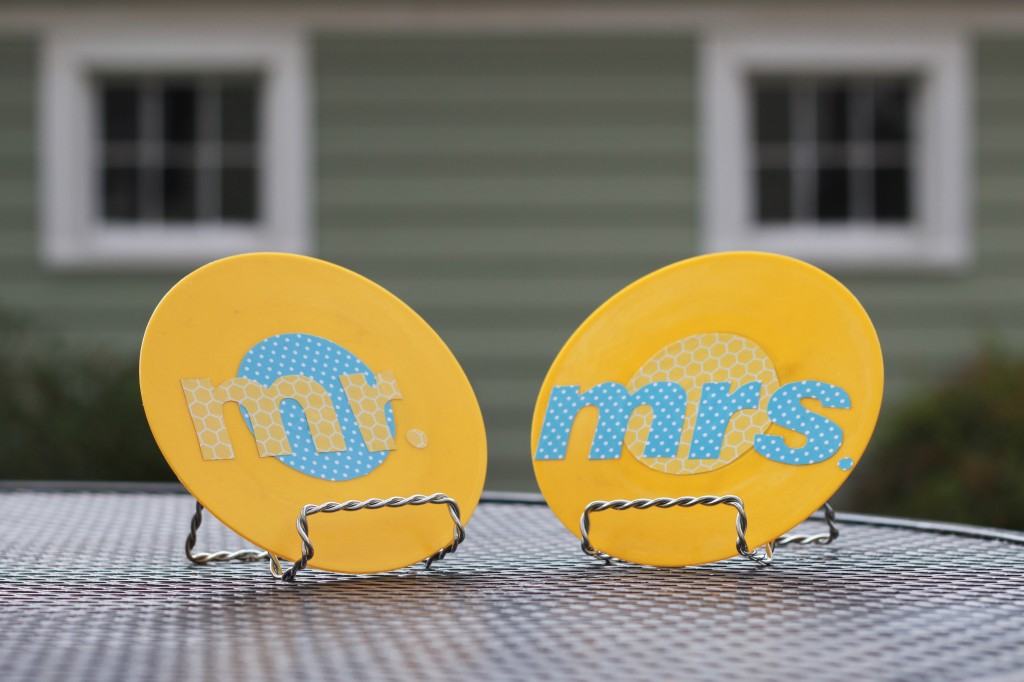 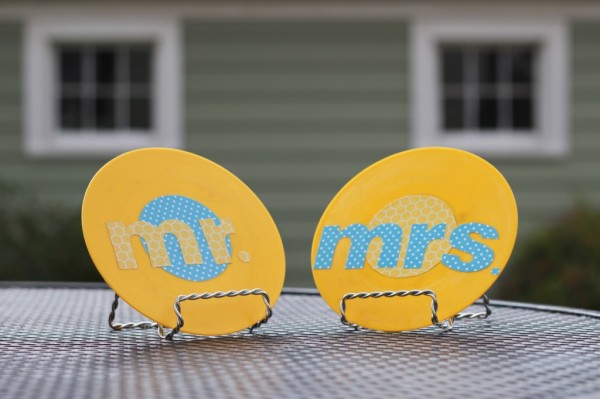 Surprise, surprise! I’m back with another DIY tutorial. Our September wedding is fast approaching, and I’m feeling the pressure to get my projects completed. With most of our other details already hashed out, I’m lucky to be able to devote my time to hand-making most of the wedding decor.

Back in January, Travis and I had our engagement shoot with our lovely photographer, Erica Clark. During our shoot we had the opportunity to go on location to a real life, rock ‘n’ roll time capsule, Bad Kitty Music, a record store specializing in new and used vinyl LPs, located in my hometown of Macomb, Illinois.

Stepping into the store, which touts “Yes Barry White, No Barry Manilow,” we were enamored with the stacks upon stacks of vintage records, ironic lime green walls, and the laid-back, kind nature of owner, John Gorlewski. On that blustery, snowy January evening, he allowed Erica and us the time and resources we needed for the shoot, going so far as to try to locate a hard-to-find record specifically for the shoot.

Wanting to incorporate elements of our passion for music into our wedding decor, I set out in search of 45s. But I came across a problem. Most 45s I found either had too large of a spindle hole or were priced too high. Around the time I was beginning to get discouraged, John posted a photo to the Bad Kitty Facebook page of six cases of 45s he had in his shop. I reached out to him, told him I needed small holed 45s, in any condition. He generously offered me about twelve records for free since they weren’t sellable.

With all the records I needed plus some in tow, I thought long and hard about how I could transform them into upcycled table numbers for our wedding reception. My first thought was to paint them which I eventually scrapped, realizing how hard it would be to tape along the round label. After asking my crafty neighbor, she suggested I use paper to which I agreed. Here’s how I made them: 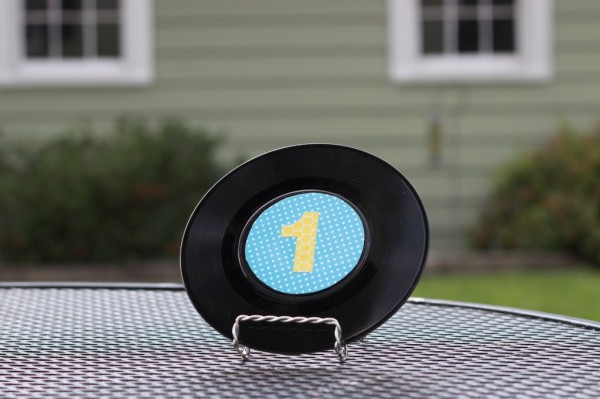 Since the records were free, my only costs accrued were those of supplies, most of which can be used many times over. Only factoring in the cost of the paper, these ended up costing about fifty cents a piece. I even had enough paper left over the make the “mrs. and mr.” signs at the top of the post from old children’s records!

I went into this project rather tentatively, afraid I might have to abandon it and go in another direction. I was so surprised by the ease and simplicity, and I am in love with the end result! By turning these old, damaged records which were destined for the dumpster into something worth displaying, I’ve helped not only our budget but also the environment.

What trash to treasure crafts have you created for your wedding?