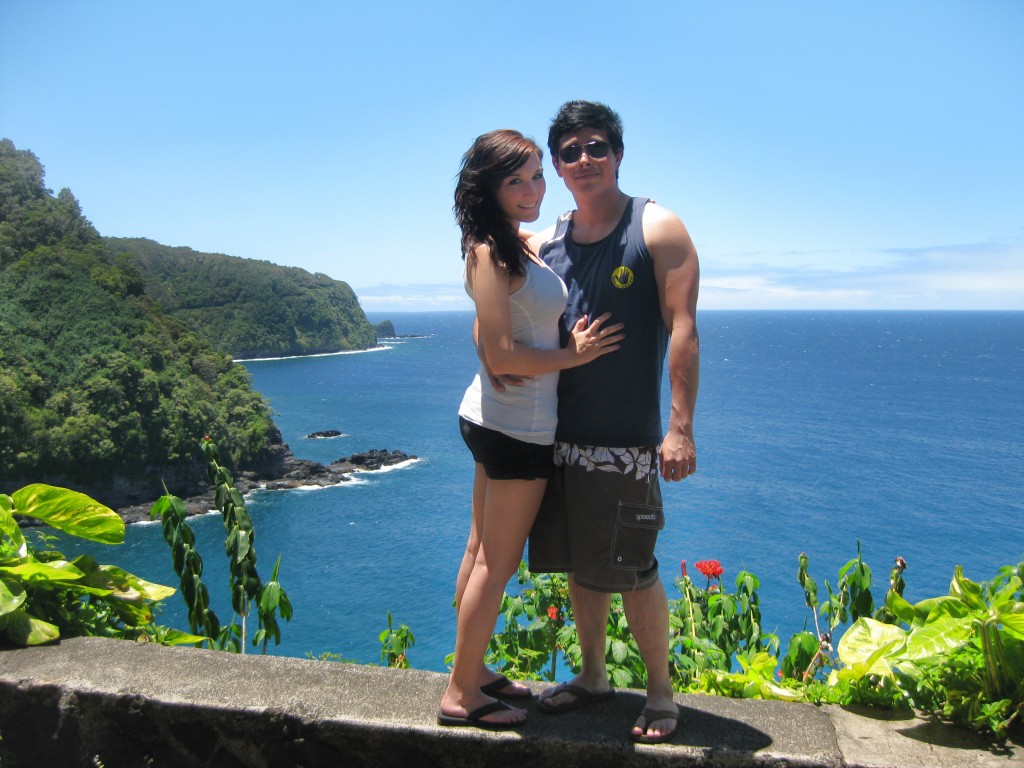 Today you all will be meeting another of our guest bride bloggers, the fabulous Jess! Not only does she have an awesome name, but she’s from Cali. (I was born there, random- I know.) She’s a really talented photographer and is bursting with creativity. She’s keeping her costs low by having a January wedding! I am particularly drawn to her color scheme and inspiration images which she will be sharing with you all soon! Today she’s sharing her proposal story with us, and it is oh-so-sweet. Give Jess C. a warm BSB welcome!!

Hello fellow BSB readers! My name is Jess. I’m a 21-year-old freelance photographer and artist based along the California coast. I love all things artsy. I paint, draw, craft, and take pictures. I’m also a huge little kid at heart. And I have a tree house. My fiancé and I have been engaged for four months, and dating for about two and a half years. He works as the music director and recording engineer for the church we attend and is an amazingly talented musician (my own bias aside, he really is). We met through mutual friends at a concert. He was there to play, and I was there as the photographer. We hit it off at the show that night and ended up hanging out and talking almost every day after that for the next three years. ?

Our wedding is set for January 8th of next year (which is coming up even faster than people were telling me it would) and though I wish time would slow for planning purposes, I could not be more ready to be married! We’re attempting to keep the guest list around 200 people, including both our large families, and our budget around, and preferably under, $10,000.

If the entire population of married men were to compete for best proposal, I would bet on René taking first place (this might sound terribly unfair to every other couple, but I should hope every bride would say the same about her own man). He completely swept me off my feet with this plan (and boy, did he plan!). So I can’t help but share it in all its gorgeous detail. This story of our proposal actually began when René and I were hanging out at home and he told me that we should write our own fairy tale. I jumped at the opportunity. So we began telling our own epic love story of a knight and a mermaid. I’ll give you the short version of our tale: Just after the knight and mermaid’s first meeting, our valiant knight was kidnapped by a band of pirates and then brainwashed to believe he’d always been one of them, leaving the memory of his mermaid as only a distant dream. Years later, after a life of prodigal pillaging and plundering, a series of providential events reunited the mermaid with her knight-turned-pirate. The knight then faked his own death to escape his would be life of piracy so that he could spend the rest of his days with the love of his life. 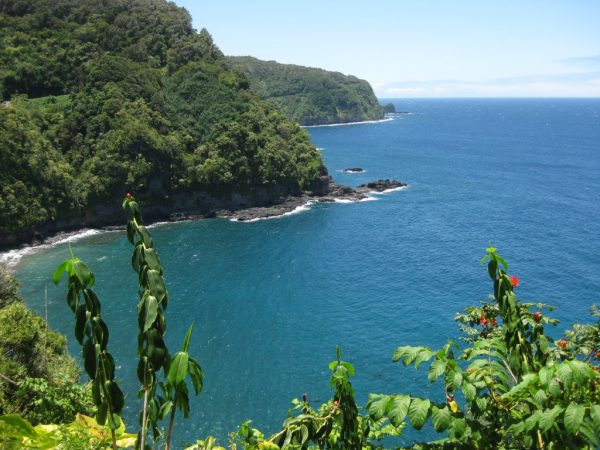 This tale had been told over the span of a few weeks, and began a while before we left for a family trip to Maui, Hawaii. It was on this trip that René told me he wanted to finish the story, which seemed appropriate and inconspicuous enough considering our surroundings. So on a day trip down the road to Hana, we stopped at a turnoff that led to the most picturesque, fairy-tale-like cove you could ever imagine. We spent the day exploring underground swimming holes, climbing lava rocks, and getting our feet wet along the black sand beach, all the while expanding on this story you’ve just been told.

We snuck past a “trail closed” sign and walked along our own secluded path, with turquoise waves crashing against the black lava rock formations along side us. As we explored, René concluded that the knight and the mermaid built a house on a cliff like the one on which we stood, half on land and half on the water, where they met and fell more in love every day for two years. I stopped at the end of the path, surveyed the spot, and decidedly said, “Yes, this will do. I can make a home out of this.” As we paused to take in the view, René set down his backpack and pulled out a little blue box… 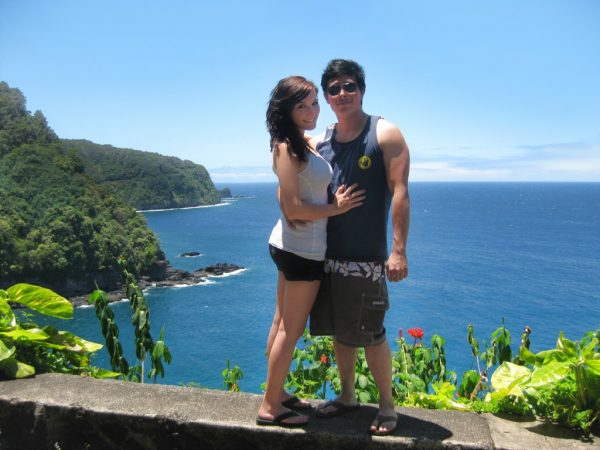 Half expecting to see a ring and shaking like a leaf already, I opened the box only to find two little pieces of paper. He told me to turn around and read their contents aloud. I opened the first and read a few lines he wrote, taken from Proverbs 31:10-12

You are more precious than jewels.

You earn my trust.

With tears already filling my eyes, I reached into the box, took out the second note, and read…

“This is where his and her life ended, and how their life began together.

The knight knew he couldn’t lose his mermaid. He also knew that she was what defined love. So he found her and said….”

He turned me to face him, got down on one knee (on sharp lava rocks mind you), held up a second small box with a sparkling blue stone inside, and asked me to marry him. 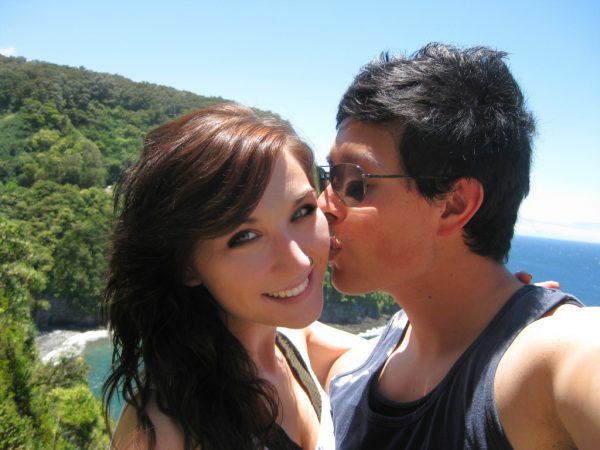 And of course, I said Yes.