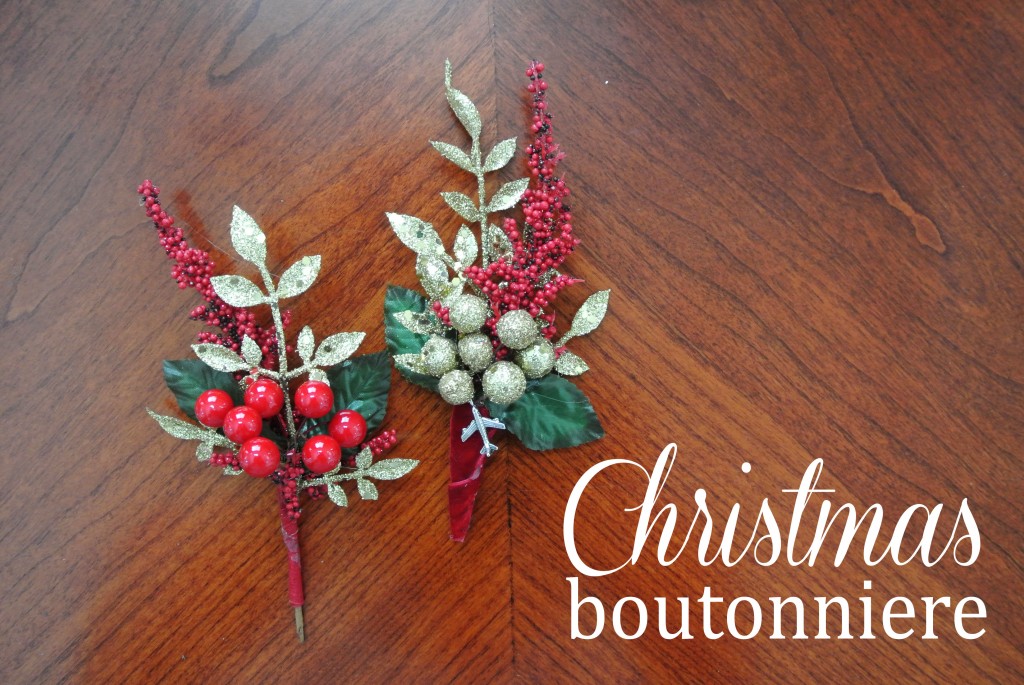 Trying to find fresh flowers around Christmas can be a challenge. Also I have a hard time spending $50 on a boutonniere that will die the next day. So instead of fighting it, I embraced the festive atmosphere and decided to make my boutonnieres Christmas themed! Not only was it much cheaper, but it adds that bit of sparkle that fresh flowers can’t match.

I found the branches of Christmas decor at Michael’s for 40% off. So I grabbed little cranberry sprigs and the sparkly accents a that are usually used for wreaths then stopped by the ribbon section. Total cost of my supplies was less than $20.00 and that
made my day.

Another great thing about artificial boutonnieres is they’re much more forgiving that fresh flowers. I made mine weeks in advance and they didn’t die. I can arrange them with out having to be super gentle. Also I had so many options to choose from in Michael’s!

This was my basic set up and list of supplies: 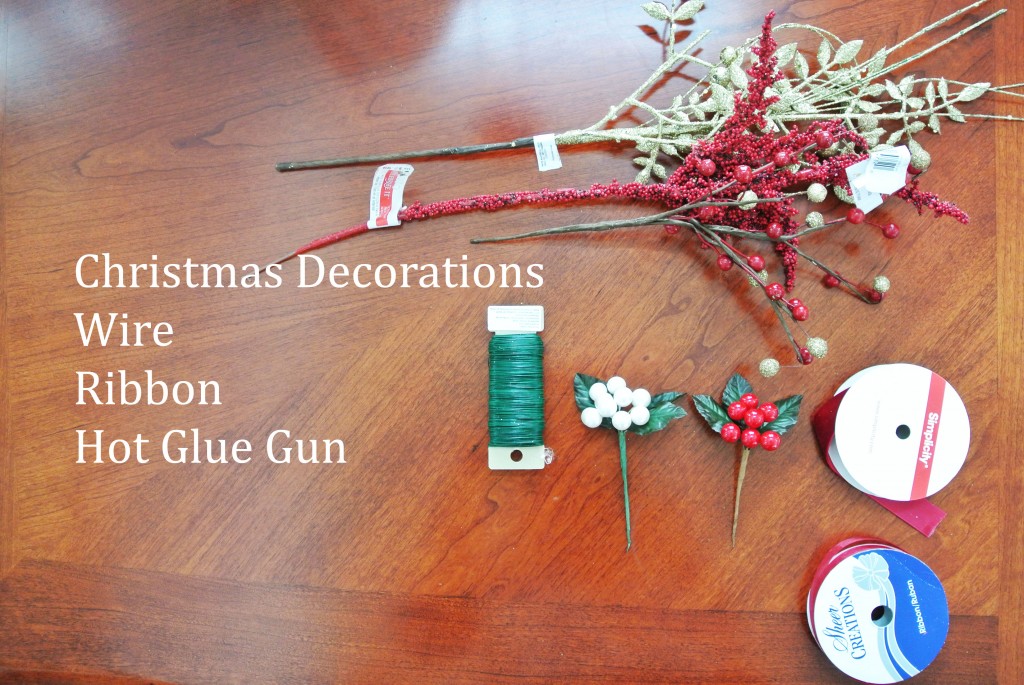 My boutonnieres had a simple pattern I followed. After I picked sprigs and twigs that I though would go well together I just arranged them so that they laid flat. The tall pieces went in the back and the shorter leaves were are the base to give the boutonniere more balance. I tried to keep everything symmetrical.

Tying them together was easy since I just wrapped wire around each twig and twisted them around the cranberry sprig. If it was ugly, I just rearranged it until it made me happy. Then a quick wrap with ribbon hid all of my seams and ugly wires. 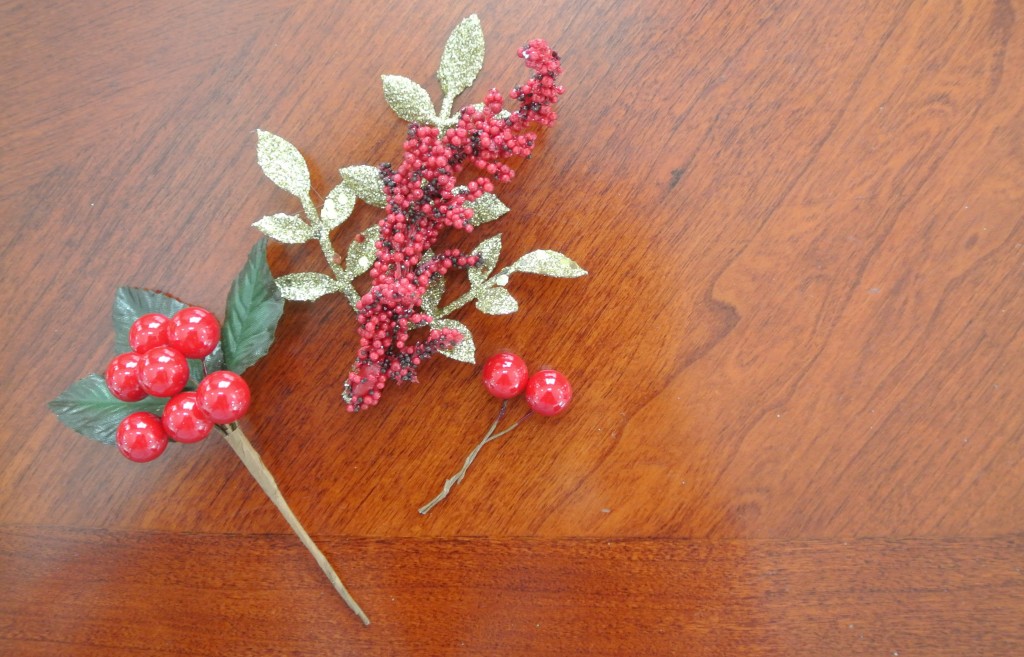 This is my final product! Yay!

I made a total of five boutonnieres with leftover to make more for my mom, mother-in-law, and groom’s sister later on. They’re lighter than fresh flowers so I think they’ll pin well. My groom’s was a little different, it has glitter cranberries and a small airplane charm since he’s in the Air Force and we were long distance.

Overall I’m glad that I got to embrace my Christmas wedding and have the little details sparkle. And not having to spend a million dollars on fresh flowers saved me so much money!  I would definitely recommend being more creative with your boutonnieres. You can add so many personal touches that flowers can’t do.  I plan on using mine later on in life as Christmas tree decorations
in my house.

Even if you’re not having a Christmas wedding, be creative! It makes your wedding so much more special when you DIY little touches. 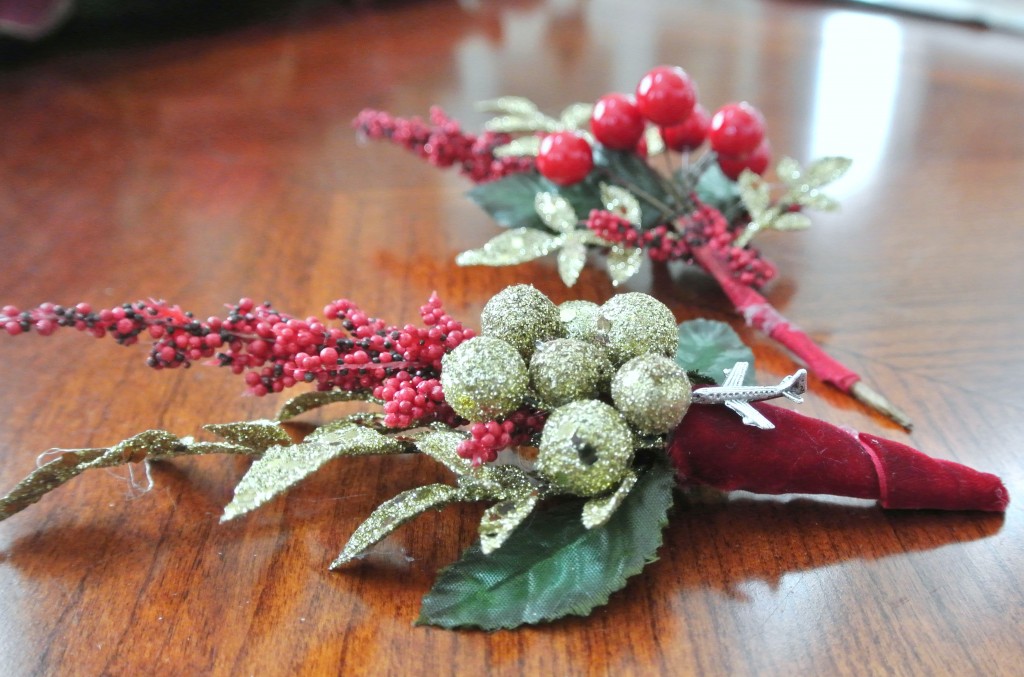 What do you think of my DIY project?