Honouring Someone's Memory in Your Wedding 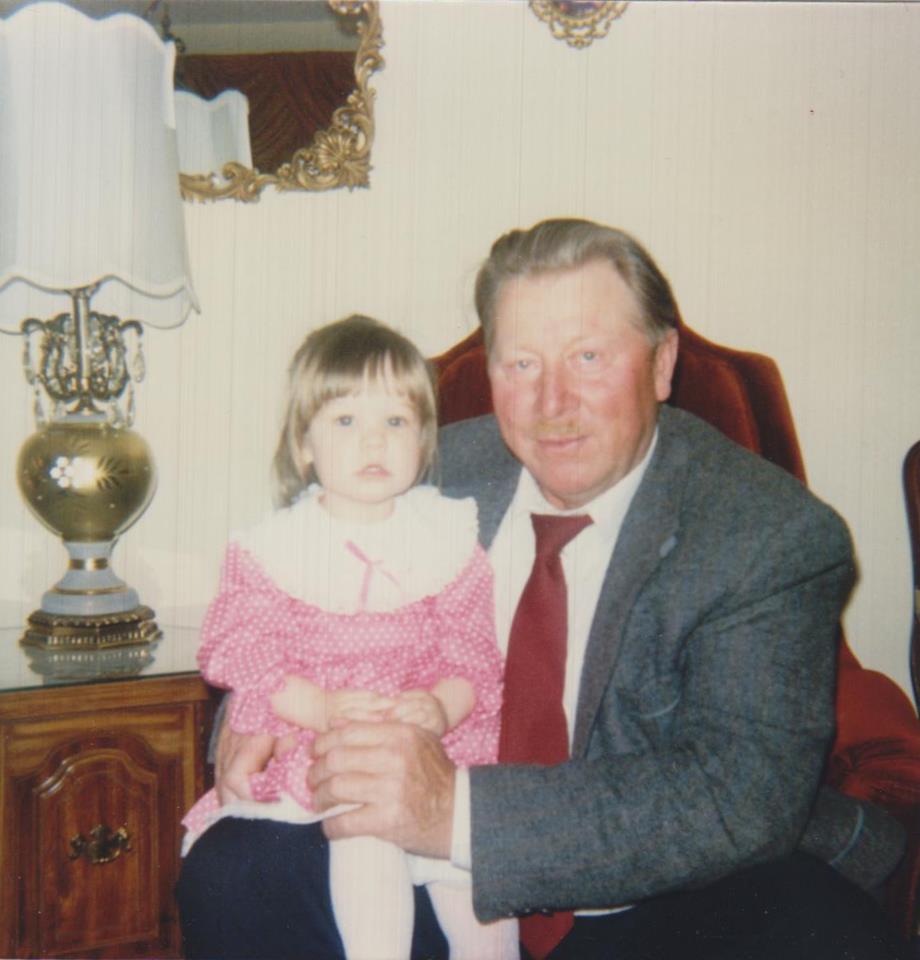 Brandon and I are VERY fortunate. We each have both parents, all of our aunts, uncles, cousins… and until just under one year ago, we both still had all four grandparents. The only people close to us who had passed away were great aunts and uncles and great grandparents.

I grew up close to my extended family; indeed, they all basically lived in the same teeny tiny rural town. They were all farmers. I saw them all every Sunday, and every holiday, every branding and harvesting. I was very, very close with my mom’s parents. They lived right across the street from the school I went to (okay, the only school in town), and so every lunch break I would cross the street to have Grandma’s meat and potatoes home cooked meal for lunch, while my friends munched on sandwiches and carrot sticks. And, at least for my elementary years, I was there nearly every day after school. It was my grandparents who took me to piano lessons, picked me up from Girl Guides. They were there for every single recital, drama production, skating competition, awards assembly. We spent vacations with them, camped with them; I even had my own bedroom at their house for many, many years, and I know that when I was younger I felt that was my home, and my parents’ house was the place I went to when I needed to switch clothing bags or toys or something to that affect. Even now, while I talk to my parents on the phone maybe once a month, or once every other month, I talk to my grandma about once a week.

But that is the thing about grandparents – they do not stick around nearly as long as we like. Granted, we would like them to stick around forever.

My grandpa was not a healthy man as long as I knew him, and I knew him for 27 years. Though he always complained about some ailment, when I was in high school and he had his first stroke, though he made a full recovery, he was not the same after that. And years later, when he started going downhill, the doctors told us that the damage from that first stroke made that downhill tumble rather rapid. Grandpa battled two types of cancer, several strokes, a hard life on the farm with the many, many, many injuries that came with it (especially way back when), and a world that he just did not understand. He was gruff with some, but so very generous to others. We were in that latter category.

My grandfather refused to dance. He was a religious man, and insisted that he only danced two dances in his life – at my mother’s high school graduation, and a couple months later at her wedding. He was a typical grandfather in many ways, but in other ways he was also a father figure. My mother was an only child, and so her parents doted on us, even more-so than most grandparents.

I believe that, on important days, it is natural to remember loved ones who are not with us anymore. My grandfather started going downhill very quickly in 2012. Truth is, he had been going downhill for a while, but he still celebrated Christmas with us. I will spare you the awful details, but in July of 2012, he went into the hospital for a check up, and he did not come back out. I saw him a few weeks before he passed away. It was a very hard time for my family. In late August, I went back home for a funeral.

I know that wedding days are supposed to be happy, and I know that my grandfather was sick; his death was expected, and, because he was suffering, actually kind of a relief, especially to my grandma. But I also know that I will think of my grandpa on my wedding day.

So the question is, how do you honour someone’s memory, while at the same time, not having a sad memory overshadow a happy memory-in-the-making? At least, that is the question I have heard other brides ask. I personally think that, if it feels right to you, that is what you should do.

Ideas for Honouring Someone’s Memory in Your Wedding:

– lantern release (or balloon release, but these are so bad for the environment)

– a candle lit or flower in a vase, with a note that it is placed there in someone’s memory

– a prayer included in the ceremony

– a favourite song used in the ceremony or reception

– an empty chair left where that person would have sat

– a photograph in a place of honour

In my programs, on the final petal (page), I have a thank you note from Brandon and I, and there, beneath the thank you, is the simple note: “In Loving Memory:______” with his name:

So many people have helped us, both today and in our lives.

Thank you to our parents, our grandparents and other

family members and friends. Thank you for taking

this journey with us. Our special wish is that each

of you will continue to be a part of our lives.

Without family and friends, we have very little.

There are many people who love us and who

help us every day with their thoughts

and prayers, yet who could not be here

today, and are toasting us from afar.

We also cherish the memories of

those loved ones who are smiling

down on this joyous event.

Grandfather of the Bride

My grandparents celebrated their 66th wedding anniversary a couple days after he was first admitted to the hospital. Two days after we say our “I Dos”, it would have been 67. Sixty-six years! Is that not incredible!?!?! Now, I know that they did not have a perfect relationship, or even a happy one for a lot of that time, but I think that speaks to the tenacity – okay, stubbornness – with which you sometimes have to approach the tough times in order to make it though.

I have taken a photograph of my grandparents on their wedding day, shrunk it down, and fit it into a small charm. The charm will then be attached to the bouquet. It is a way to keep my grandparents there with me, since neither of them could be there, it is a way to honour my grandfather in a way that is personal to me, it is part of my something old, and, like Brandon says, “Sixty-six years. If that is not good luck, I don’t know what is!”

At our at-home reception, photographs from the parents’ and grandparents’ weddings will be displayed by the guest book. I believe I will add a note somewhere, perhaps at the table at which he would have sat, remembering him as well.

Death is a part of life, especially a death of a grandparent (as it is expected). I do not think it should be dwelt on, but it should definitely be present if that is what the couple wishes. My grandfather was so important to me that I want to honour his memory in some way. I do not want to make it a big show, but I want something there, something for me. And, really, for him – because I know he will be there that day anyway.

Have you been successful in finding ways to honor your loved ones at your wedding? Join us in our community to talk about memorial tributes, celebrations, and more!