Should We Combine Bank Accounts When We Get Married?

When you shop via links on our site, we may earn a small commission if you make a purchase. Learn more.
By: Ryan Luke
Updated: December 10, 2020

As a newly married couple, life may seem like it is pulling you in ten different directions. In between figuring out which family you are going to spend the holidays with, you should probably figure out this money thing. A big task on your to-do list may be combining bank accounts.

How We Learn About Money

Most of us learn how to deal with life situations from the model our parents gave us. Unfortunately, some of these models were better than others. If you’re anything like me, money was a taboo subject growing up. We didn’t talk about how much we had or how to manage it, and we certainly didn’t tell anyone else about our financial situation.

Due to the secrecy of personal finance, most of us have had to figure out how to manage money on our own. I’ve made my fair share of money mistakes trying to figure out this adulting thing, but throw a marriage into the mix and it is even more difficult.

When my wife and I married, I felt like I finally had a handle on my own finances. Money was a private thing and something I was very protective over. Now I needed to share everything with my wife? Perhaps there was another option.

In the past, most traditional married couples had one bank account and the father was the main income provider. As times have changed, many couples are now both working and have separate bank accounts. Each spouse is responsible for certain bills and financial responsibilities. It’s like a coordinated team effort to make sure each person takes part of the financial burden and responsibility in the marriage. But is this the best way?

Should double-income families combine all their money into one account or should they keep them separate? What if your spouse is terrible with money? It may be easier to keep the accounts separate so he doesn’t drain your life savings.

Before we make a decision, let’s look at the pros and cons of combining bank accounts. You both came into this marriage with separate accounts and life was working just fine. Perhaps keeping things separate would work in a marriage.

I Don’t Really Trust My Spouse With Money

Let’s be honest, many of us do not trust our partner with money. If your husband is out with the guys, do you really want him having access to all of your money in a combined account? What if he has too many drinks and decides to go to the casino? That alone could cripple your finances. By having separate accounts, you can add a layer of protection to your finances.

When you combine bank accounts, many couples feel guilty about spending money. That certainly was the case with my wife and I. We started out with a combined account but if either of us spent money on something we wanted for ourselves, there was guilt associated with it.

If I wanted to buy a new video game, I felt selfish. If she wanted to get her hair and makeup done, she felt bad for taking so much out of the account. Having separate accounts certainly eliminates the guilt factor.

I Need My Security Blanket (Savings)

Truth bomb – many couples hide money from each other. That secret stash you keep in your underwear drawer or in a hidden account gives you a sense of security in a worst-case scenario. You would do anything to keep your family safe – including hiding money, just in case.

I’m Embarrassed By My Spending Patterns

Do you know what else couples hide from each other? Debt. D-E-B-T. If you have separate accounts, your husband doesn’t need to know how much you spent at the mall. You can pay that credit card off without hearing him scold you about your purchases.

Also, when he goes out golfing, he doesn’t need to hear from you how much his golf game and beers with the guys cost. With separate accounts, you are each free to spend what you want without having to explain yourself.

My wife and I have close family friends who have separate accounts. The husband works for his money and the wife works for her money. Each has separate bills to pay and they split them evenly. The only problem is the husband makes more money than the wife. The wife is constantly stressing about how she is going to pay for her bills while the husband goes out with his friends each week. “Fair” certainly doesn’t seem, “fair.”

Building A Relationship On Trust – Or A Lack Of It

Do you see what most of these scenarios have in common? It’s a lack of trust in a relationship – plain and simple. I know this may sound harsh and I understand that often the husband is terrible with money. I get it. Us guys buy some expensive toys that really add no value to the family. However, rather than trying to solve a communication and maturity issue, many couples simply try to ignore it and keep everything separate.

Unfortunately, this rarely works in the long run. A marriage is about a union and a coming together. You are one unit working together towards common goals and dreams. Rather than taking the “easy” way out and keeping things separate, it’s time for you two to get on the same page with money.

How To Take Your Relationship To The Next Level

Can you imagine how much power two combined incomes working towards the same financial goals have?! It’s incredible to see. When you two focus on communication and succeeding as a team, you will be unstoppable.

This can be done through a simple process. Granted, this will take a little work to start up, but once it’s up and running it’s relatively easy to maintain.

Here’s a little background on me. My wife and I have been married for 12 years and we combined our accounts on day one. Sure we had some communication issues in the beginning, but ultimately we worked through them and are now a highly functioning financial team.

Follow these steps to take full advantage of your finances in marriage:

Rather than burying your head in the sand, stand up and face this money thing head-on. Two people working towards the same goals can achieve more than they ever thought possible. You two are going to spend the rest of your life together – what better time than now to make sure money fights are not an issue?

Having combined goals, hopes, dreams, and money strategies will bring you two closer together. It will take work, but it will be worth it in the end. 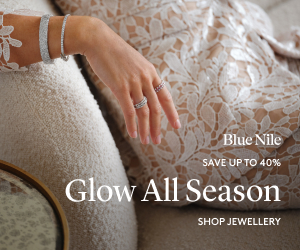