How to Graciously Accept Lingerie at Your Bridal Shower 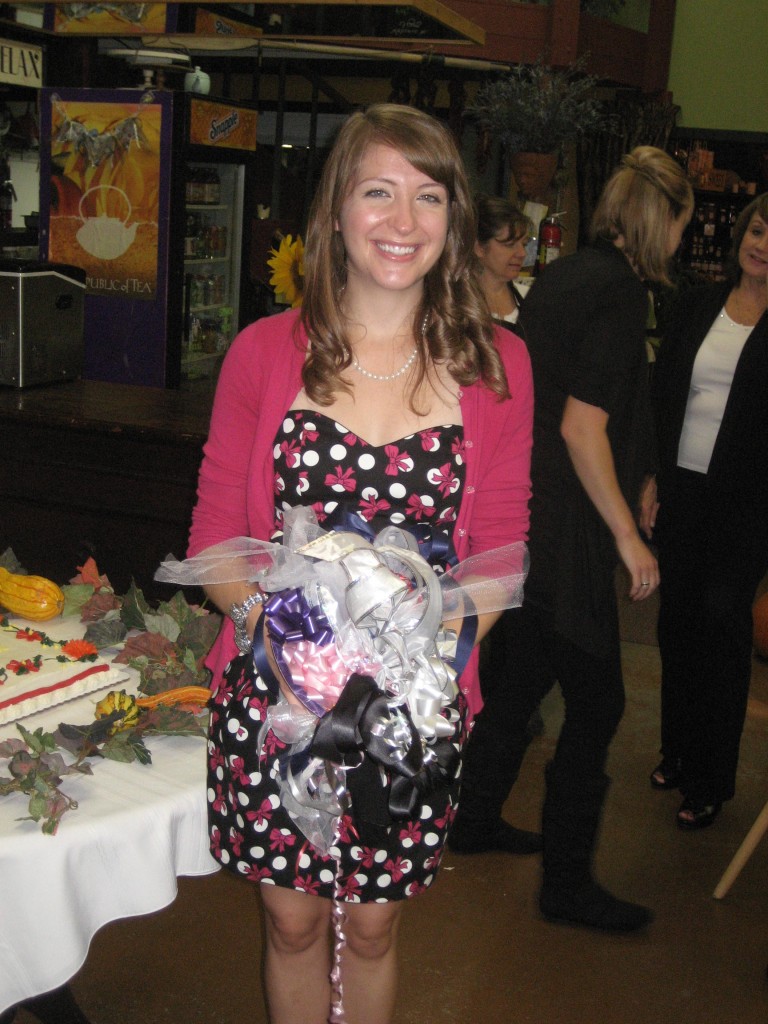 I was absolutely floored, in a good way, when dear fiancé’s aunties said they wanted to host a bridal shower for me. This was something I didn’t expect and I’m happy to report they throw a heck of a party. 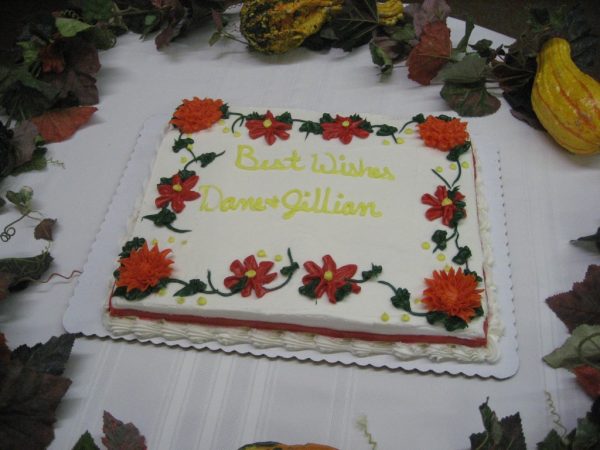 When I drove the six hours from Waitsburg, Wash., to the West Side of the state where this shower was to be held, it was like homecoming – with a wall of rain. The rain I have not missed but the people I have missed. The party on Saturday, Oct. 13 was on such a yucky, rainy day. But inside Once Upon A Thyme in Chehalis, Wash., the shower location, it was lovely. There was plenty of fall décor and smiling faces. We had beer and wine and a beautiful lunch. I don’t eat much meat because of those videos I was shown in sociology classes in college (thanks Professor Peterson). I was so excited that the aunties picked this little lunch spot for the shower that specializes in vegetarian food. Yum!

And I knew I couldn’t get out of playing any games at all. And I admit, they were actually quite fun, mostly because I wasn’t completely the butt of all jokes that afternoon. Thank you aunties! The first game was a list of everything that could be found in a woman’s purse and you got points for the items you had in your purse that day. I thought for sure my ever-prepared mother-in-law would win that one, but my picture of the bride (my driver’s license) and uncanny need to have at least 20 pens with me at all times (newspaper editor) gave me the highest score and I won the prize.

After that fun game was the toilet paper dress game. I’m not sure who came up with this one. This person obviously decided women could not get married without being subjected to public embarrassment via toilet paper couture. But, I sucked it up and tried to direct my team into making me the perfect one shoulder, mermaid wedding gown. Thank goodness I’d already had a couple glasses of wine at this point. The gloves and hat/veil were too much and we lost that contest.

Lunch was beautiful, little sandwiches, pasta salad, broccoli salad and cake – you know the sugary white cake with white icing and the red flowers that stain your whole mouth! 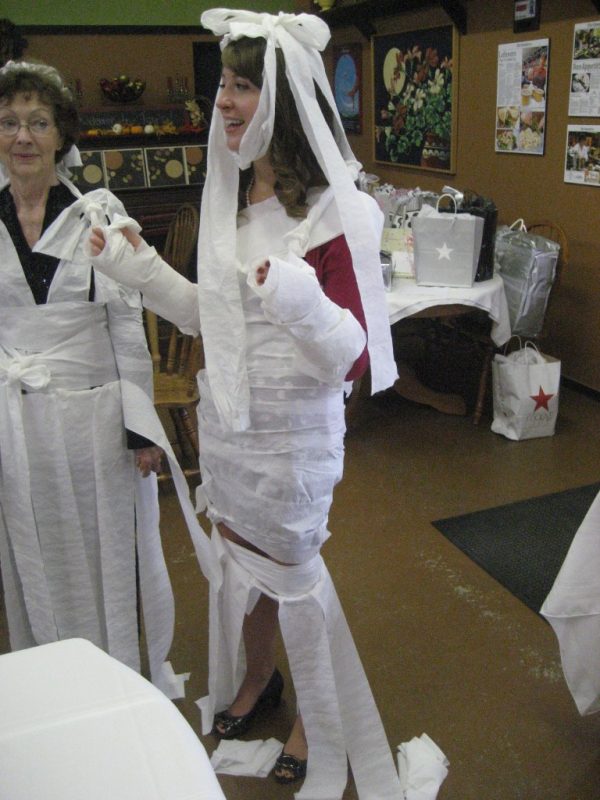 Opening gifts can be fun. You could get your dishes or sheets you registered for! The most awkward thing (in my entirely prudish opinion) is receiving lingerie. I attended a bridal shower once upon a time where the bride opened black lingerie … from her mother-in-law. To me, I would have died. Maybe I died for her. All I can think is “wow, thank you mother-in-law for this entirely too racy lingerie to wear for your son while we consummate our marriage.” I had told my mother-in-law how awkward this had been after that shower and we made a pact that she would never buy me lingerie. Bless her heart.

However, I did receive a beautiful silk-satin robe and nightie from one of dear fiancé’s cool auntie and cousin. It’s lovely. I will wear them. But what do you say? How do you react in front of 20 people including children?? I turned bright red from head to toe and simply said “thank you” with a smile on my face. Yup. That’s the best I could do. And they’re not even that racy. But I wear pearls and I get all of my prudish-ness from my mother and I simply get embarrassed.

Any tips or tricks for how to graciously receive lingerie from family, or gasp, even your mother-in-law?