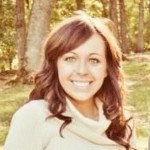 With one successful craft day under our belts, we came back for more and knocked out the stick centerpieces.  I have a few photos of the process to share, but unfortunately don’t have a great shot of the finished product yet… I guess that’ll be a teaser for our wedding photos coming later!

I had found a few examples of things that I liked using sticks, and decided to go that route.  As we all know, fresh flowers can really blow the budget, plus I just liked the way the curly willow looked.  I loved the nature of this:

We started out by making a lot of paper flowers.  Here is a tutorial that was helpful, although we ended up snipping off the extra circular end part that would usually close in the spiral and then hot gluing to hold everything in place.  This enabled our flowers to slip over the sticks.  We used three or four different shades of green high-quality paper to add depth to the centerpieces.  The flower-making process was very time-consuming, and we ended up having extras left over.

For the sticks, I ordered two colors of curly willow from save-on-crafts.com and found some straighter sticks with little sola flowers on them from Michael’s to mix in.   I researched the idea of somehow finding my own curly willow branches, soaking them, stripping them, etc.., but it sounded like a disaster waiting to happen.  I had also found a guy selling several curly willow centerpieces on craigslist that I could have disassembled, but they were snatched up before I got there.  Needing a little more “grit” to the arrangements (after all, the wedding WAS in a Barn),  we strapped on our wellies and cut/gathered some wild sticks to mix in as well from a friend’s wooded area.  This involved absolutely no preparation of the sticks afterwards (although we had initially considered dipping them in varnish to add a more finished look, but scrapped that idea), so it wasn’t much of a headache at all.  I also had some sola shell flowers around the house that I had bought for another project and not used, so those mixed in nicely as well and tied in the other sticks with the similar material (holes were stabbed through them with a screw driver to allow them to slip over the sticks).  For my vases I ended up going with wine carafes.  I LOVED the appearance and character, and was able to find them more cost effectively by ordering online through a restaurant supply company. Also, with the untamed nature of the sticks themselves, fitting them into a narrow vase without breaking them would have been very tough.  Some rafia was tied around the carafes to add some texture.

With a lot of trial & error arranging to pull things together, I was very pleased with the way the centerpieces turned out, and could have NEVER done it without careful planning and help from such supportive bridesmaids!   I would say that in the end I probably spent a little shy of $200 total on 23 centerpieces (which was the majority of our decorating expenses).  The icing on the cake was when a bridesmaids overheard a guest gush “I wonder how much they spent on these centerpieces.”  BINGO!…  About $8.50 each!